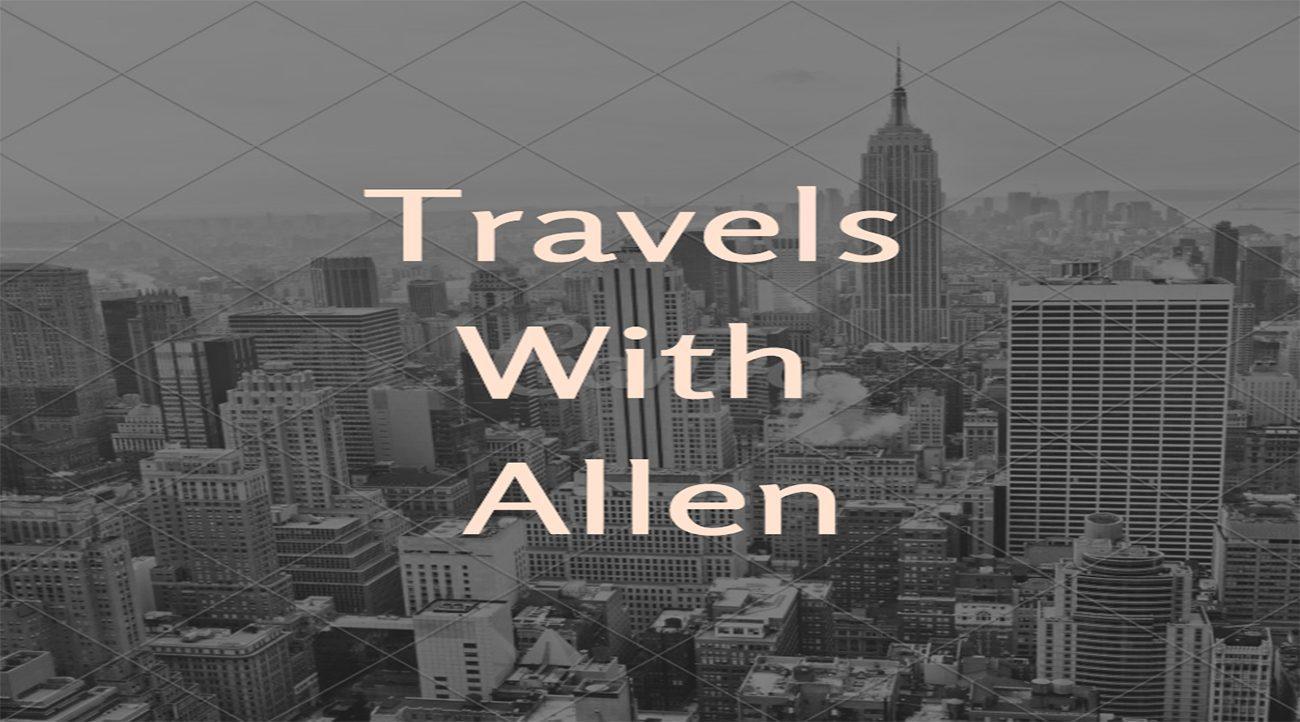 There is a little restaurant called Kleo’s Baklava Cafe that opened two months ago in Hatboro. Located at 2 South York Road, we checked out their dessert menu recently. It was very nice and we enjoyed our visit immensely.

Kleo, the woman who owns the little bistro, and I became instant friends when I discovered that she was born and raised in Feltonville in Philadelphia.  She went to Clara Barton Elementary School and Olney High School …. just like me! She even “hung” at the same corners and candy stores.  It was like old times.  The three of us, Linda, our friend Sondra, and I, gave her a thumbs up for her “goodies” and the pleasant cafe.  She serves breakfast, lunch and dinner as well as after dinner snacks. I have driven by on several occasions and the word appears to be out. She has a nice crowd for lunch every day. The food is not exotic but it is tasty and quite affordable. Many of her customers are “repeat eaters.” My wife insisted I mention how fresh and homemade everything was. From Linda that’s quite a compliment.

I spotted another little store, Boot n’ Shoot, as I was driving along Street Road in Warminster. I just had to stop in and say hello. The store is filled with all kinds of western boots. Beautifully embossed, hand-tooled boots. An extensive collection of boots all for women. And guns. You read that right… the most astonishing assortment of ladies boots on display right next to the kind of defensive equipment she might hope to never need. This spot is definitely worth a visit. Trust me, its wild!

Our older son, my daughter in-law and our two grandchildren were in from Seattle last week. We decided to take them all to the New Hope and Ivyland Railroad. Great idea!  It was fabulous. I have not been there for over a year and the state of their equipment has been upgraded to perfection.  The station and the trains are in excellent condition. All of the cars have been refurbished and are beautiful. Hats off to the volunteers and assorted workers who performed, and continue to perform, these expert restorations.

However, no matter how beautiful the equipment it can’t compete with Mother Nature for perfection. The ride is very enjoyable and the scenery breathtaking. As it was a beautiful day we rode in the open car.  Every season offers magnificent views of the farms and countryside.  You can easily forget that you are riding through a populated area. In my opinion Spring is most beautiful. We all have our own preference. My grandchildren had never been on a train and they were mesmerized. Forget your kids, take your grandchildren. Watch their reactions. It’s a joy. They even have a dining car and several people who walk through the train selling pretzels and drinks. Like I said, “Go for it.”  Did I mention that they have an Easter Bunny train coming up shortly?

A new store, Valley Fresh, has opened on Philmont Avenue in Lower Moreland. It is a very wide open, spacious, brightly lit store with an interesting array of fruit, produce and beverages. Most are natural and very fresh. In some ways it reminded me of Weinberg’s Fruit and Produce on Wyoming Avenue in Philadelphia some fifty years ago.  I took home a bag of plums and strawberries while “discussing” the possibility of putting their message in the Uptight Suburbanite. My wife and son discovered the fruit tucked in the refrigerator and polished it off before I could get a chance!  It must have been quite good because both were impressed and inquired as to where the “stuff” came from.  I went back, sold them an ad, got some more “goodies” and came home. I can also testify to their produce. Top notch. I want to wish both owners, brothers, who recently arrived in the United States, good luck.

Before I forget, we have a new advertiser, the Richboro Swim Club. When I mentioned this to a group at a recent party, I was surprised by how many people knew the Club and were, or had been, members. I am scheduled to visit with the owner next month and I will have more to say, but from what I heard from our friends, Richboro Swim Club is the go-to place for the coming summer.  If this week is any indicator, it’s going to be a very hot several months.

We, and the community, are losing two long time independent businesses this month. Both Trevose Shoes and Shoe Krazy in Southampton are closing their doors. Both have decided it was time to retire. Truth be known, they will be missed. Trevose Shoes is owned by Eric Castelli. His store has been an institution, a landmark, in Trevose since long before man walked on the moon. He always had an inventory of products for men, women and children that was amazing. I can testify to this personally. I wear a size fourteen or fifteen and he ALWAYS had a great selection for me. Friends of ours with narrow feet, wide feet and some with tiny feet all found their way to this Brownsville Road spot.  Now that he is closing his store, he’s offering up to eighty percent off to clear the store of all remaining stock. I suggest you get their early … maybe fast is a better word …. while the selection is best.

Shoe Krazy in the Redwood Shopping Center on Second Street Pike is also calling it quits. Mike Luber and his wife, Regina, and his daughters, will be missed by many of the more stylish ladies in the area who headed for their shoe salon whenever they needed shoes. I couldn’t help but notice the huge inventory on display every time I visited. It was incredible. We thank them for their continued support of the Uptight Suburbanite and wish them all well in this next chapter of their life.

I would be remiss if I didn’t also mention that Harold Katz, the owner of Olive Lucy on Huntingdon Pike has passed away. The store will remain open and continues to provide the area with the best olive oils around. If you never visited the store let me mention that aside from being a genuinely nice guy, Harold was an excellent businessman and he and his wife’s store was always, and remains, stocked with a vast selection of interesting oils. They discuss oils the way some discuss wines. Well worth a visit. And to the family, we offer our sincere condolences.

On a happier note, Bristol Borough has just won a half a million dollar award to improve parts of the town. It was a great contest and an even more unbelievable competition. They beat 14,000 small towns all across the country to be awarded the Small Business Revolution Award. We always talk about Bristol because it’s near and dear to my heart, and it is, once again coming alive with theatre, restaurants and business. They are in the midst of building a new marina, and new townhouses with water views are being constructed across the street. The Bristol Riverfront Theater continues to offer marvelous entertainment in a truly attractive theater. And The King George, its next door neighbor, offers an acclaimed menu. Look for the March edition of our sister publication, the Carrier Pigeon. The Pigeon will be going all out sharing Bristol’s good news and good fortune. It didn’t stop with a financial award… there’s more involved and we’ll share it all.

On last thing, a thank you. I mentioned the Persian Grill last month and Linda is reviewing the restaurant in this month’s edition. Simply stated, it’s terrific. When we last went there for dinner the owner brought a stack of coupons from our readers to our attention that had been turned in during their visits to the new spot. Many stated they had come there because of our recommendations.

He kept mentioning that they have another restaurant in Lafayette Hills and had never heard of the Uptight Suburbanite until they arrived in the area. They only advertised because I had been so persuasive during my visit. They have gone from a half page in one zone to a full page in all four zones. It made us feel terrific. It isn’t the bigger ad or the money, it’s your trust in Linda and me.  Your support is a vote of confidence. Again, thank you. I don’t know how many times I can say how much we genuinely appreciate the support and encouragement of both our readers and advertisers.

That’s it for this month. Look for next month when I travel who-knows-where. Without a GPS in my car I’m bound to end up just about EVERYWHERE!!! See you then! 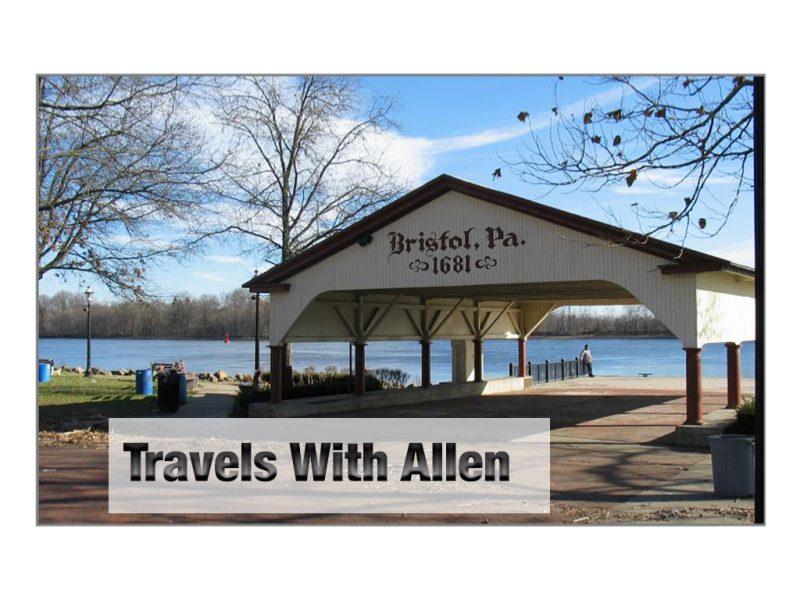