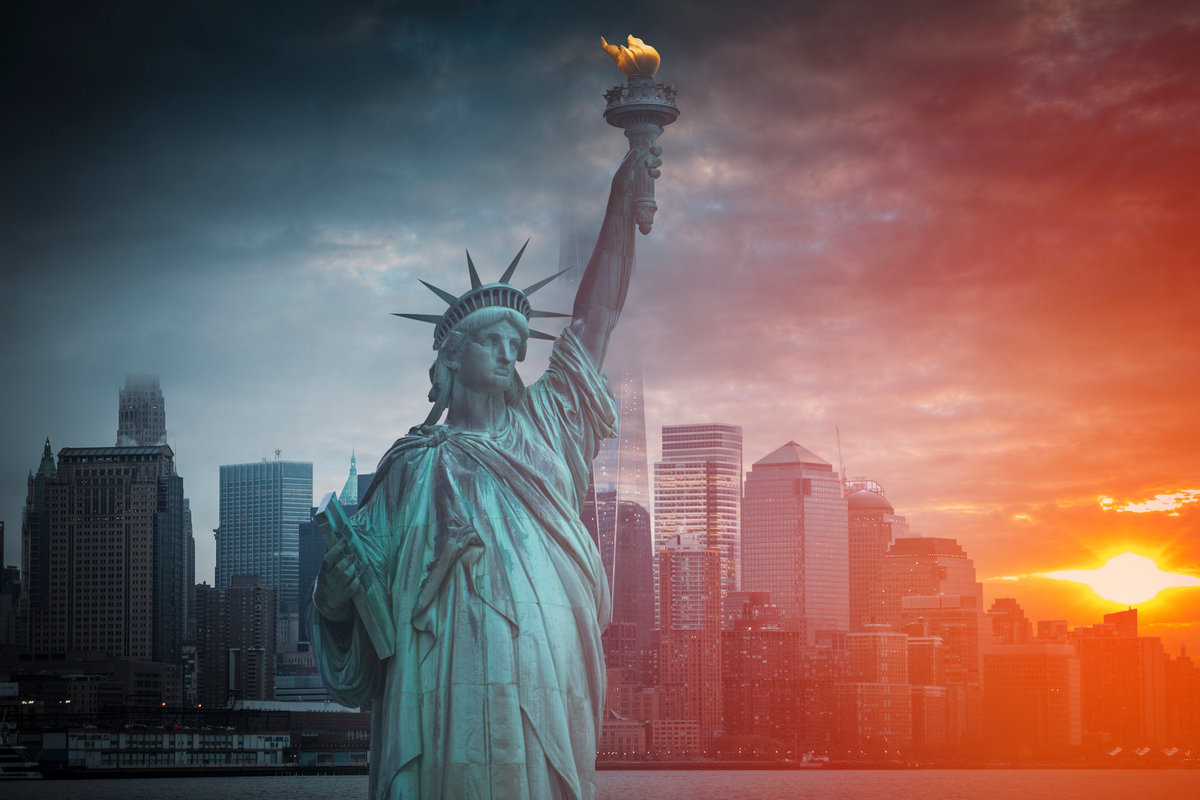 My Dad was born in the Ukraine. My mother was born in Russia. When I was growing up they rarely mentioned their childhoods in Europe. It was only when the few surviving members of their families trickled in to America after the War that I even got a hint of the horrors they had faced. They also shed little light on their childhoods in Europe. I just knew they were all thrilled to be HERE. And they all prospered, HERE.

I grew up on the forty-six hundred block of “C” Street in Feltonville, Philadelphia. If my memory serves me correctly there were fifty-six houses on the block. Almost every family living there was an immigrant, and on occasion, a first generation American. My immediate neighbors were from Germany and France. Several of my other neighbors were from Italy, Armenia, Slovakia, Greece and Canada. The people across the street also came from all over Europe and two or three were from South America. The block had a varied group of different religions and cultures. While we celebrated different holidays and traditions, we all got along well but stuck together at social gatherings. Most had children in combat units helping to win World War II. And every casualty, and there were many, was the block’s loss. Too many homes had flags in their windows indicating a son was killed in action.

To be honest the kids never gave much thought to where we were from. What was important was how far you could throw a baseball, hurl a football or be a “pro” at wall ball, wire ball and stick ball. Having older brothers sending you captured Japanese or German war items also scored you points. We all were super patriots.

When we entered high school things changed. Different religious groups and institutions began offering clubs, outings, dances and other activities. The AZA, BBG, SRO, Sons of Italy and the DeMolay held important weekend activities when they offered dances and outings with religious or national leanings. The division of students by the Academic and Commercial course also split us apart. The separation became even larger when we went on to college and discovered that most fraternities were split by religion. Yet through it all, childhood friendships, even to this day, remained strong.

Believe this or not, while I knew people were from everywhere I never thought much about people’s nation of origin or thought about the whole immigration issue again until last year. That is when I was so seriously ill and spent two months in the Doylestown Hospital. I had doctors from Italy, Israel, Taiwan and India as well as from America. The nurses who took care of me came from even more nations. Many came from Armenia, Viet Nam, Slovakia, Russia, the Ukraine, the Gambia, the Philippines and Australia. I identified even more national backgrounds in the support staff of specialists from breathing therapists on through the janitorial staff.

The most amazing thing to me was how they had all struggled to get to America and the sacrifices they made to get ahead when they got here. What made it so special to me was how they all integrated so well, forming a seamless and competent staff. It reminded me of ”C’ Street … the how- far-you-could-throw-a-ball mentality. I have frequently wondered how our nation’s medical facilities could possibly function if not for the assistance of these recently arrived immigrants.

To continue, because I had such a long stay in the hospital I got to befriend many of the people who tended to me. I spent time with a doctor from China who came to America for his education and remained here when he fell in love with the freedom and opportunities. One of my morning nurses was from the Philippines. He came to America, learned the language, became a citizen and became an RN. Ultimately, he met a “hot nurse”(his quote) from the Philippines. They are now married and have three sons. When he proudly showed me a picture of the home they had recently purchased I discovered that he was three blocks from where I lived. Believe this or not, the woman who brought my tray every morning was a Christian from the Gambia who faced such horrors by the Moslem majority that she fled to America. One morning she suddenly announced, with incredible pride, that her youngest son was at Temple Medical School and would be graduating as a doctor within a year.

I could probably fill a book with the stories of suffering, courage and success these new Americans demonstrated. The accomplishments of the collective group is staggering. Their success is the Nation’s success. I don’t think any other nation can boast of doing a better job of integrating and benefiting all newcomers.

Out of the hospital and back to work I began to take note of the backgrounds of many of our advertisers. Let’s be honest, we are not the Wall Street Journal and none of our advertisers are listed on the Stock Exchange. Our advertisers are mainly small firms that are family owned. I have not been able to believe how many of these firms are owned by recent arrivals to our great nation. We have Greeks, Mexicans, Iranians and Italians owning restaurants and a large number of Ukrainians owning computer and internet firms. A large number of Russian immigrants have become involved in various service industries. Asians are found in virtually every major high tech businesses. Have you ever visited a Seven Eleven? If you doubt how well they have “fit in,” just read the names on the trucks that travel our streets and the billboards on the interstates.

All of them have sacrificed and struggled to get to America. They come for a better life, freedom, opportunity, to avoid wars and to avoid persecution. They all have learned the language, most have studied to became citizens and many have gone on to own businesses and acquire licenses in so many fields. The majority are gainfully employed, married, church going and are raising families. Many, or their children, have gone on to be doctors, lawyers, accountants, etc.

Many are living in upscale communities, driving fancy cars and wearing the finest clothing. They serve on community boards and organizations. Some are elected officials and many are very charitable.

Let me close this rather long article with a final tale. In rehab I had an evening nurse from the Ukraine who came from a very small town in a “Jewish” (ghetto) suburb. Ironically it was the very same town that my Dad had fled so many years ago. The Anti-Semitism that my Dad faced at the very beginning of the twentieth century remained. Many locals were eager to assist Hitler and grab the belongings of those who were slaughtered. After the War the hatred and the persecution remained. She was most unhappy.

While working as a waitress she met an American couple with a religious tour group from Iowa. During the five days she served them they took a liking towards her. They offered to sponsor her to come to America. She was disbelieving but thrilled. It was, to her, like heaven on earth.

Three weeks later they fulfilled their promise and arranged for her travel. She lived with the couple for almost a year. Her sponsor died very suddenly while watching television. After a brief period of mourning his widow announced she intended to move South to the warm state of Florida and offered to pay for Alanka’s relocation to the area of her choice.

Off she went to New York. But for reasons unknown she ended up getting off a plane in Philadelphia. To shorten a long story, she picked up a phone book, searched for familiar names and found a woman eager to help her. She moved into a “Y,” got a job as a waitress, went to night school, became more familiar with English and went on to become a citizen. Then she went to school again and became a Registered Nurse. While working in a Philadelphia hospital she met a Physical Therapist, single, who was also an immigrant from the Ukraine. Guess what? They married less than four months later.

They both held two jobs and saved everything. Finally they saved enough to bring both sets of their parents and her two sisters to America. They all lived in a two bedroom apartment in the Northeast. Each set of parents had a bedroom and the two sisters slept in the living room. They all became citizens, got jobs and saved every penny they could. Ultimately Alanka and her husband purchased a nice single home in Warminster. The two sets of parents moved in with them and the two sisters remained in Philly.

The two sisters ultimately married and established their own residences. The two sets of parents moved back to the Northeast apartment and Alanka and her husband were alone. Several months later she became pregnant. That’s when I met her and shared so many memories. (I will tell you that she was REALLY pregnant and I often marveled at her ability to continue to work.)

One night she came to my room with a tiny bottle of Champagne and informed me that it was her last night. I missed her the last five nights I was in the hospital. Doylestown Hospital has a rule that when you are released their personnel take you to the front door in a wheel chair. There was Alanka with my “chariot” on my day of release!! She was going to be induced the following Tuesday and the hospital was short of staff.

When we got outside and awaited my wife and car, Alanka informed me that she was going to have a son. And then, chest out, a smile a mile wide, eyes gleaming, she told me that her son would be the first member of her family that could become President of the United States of America! For sure, this is a true American story!!!