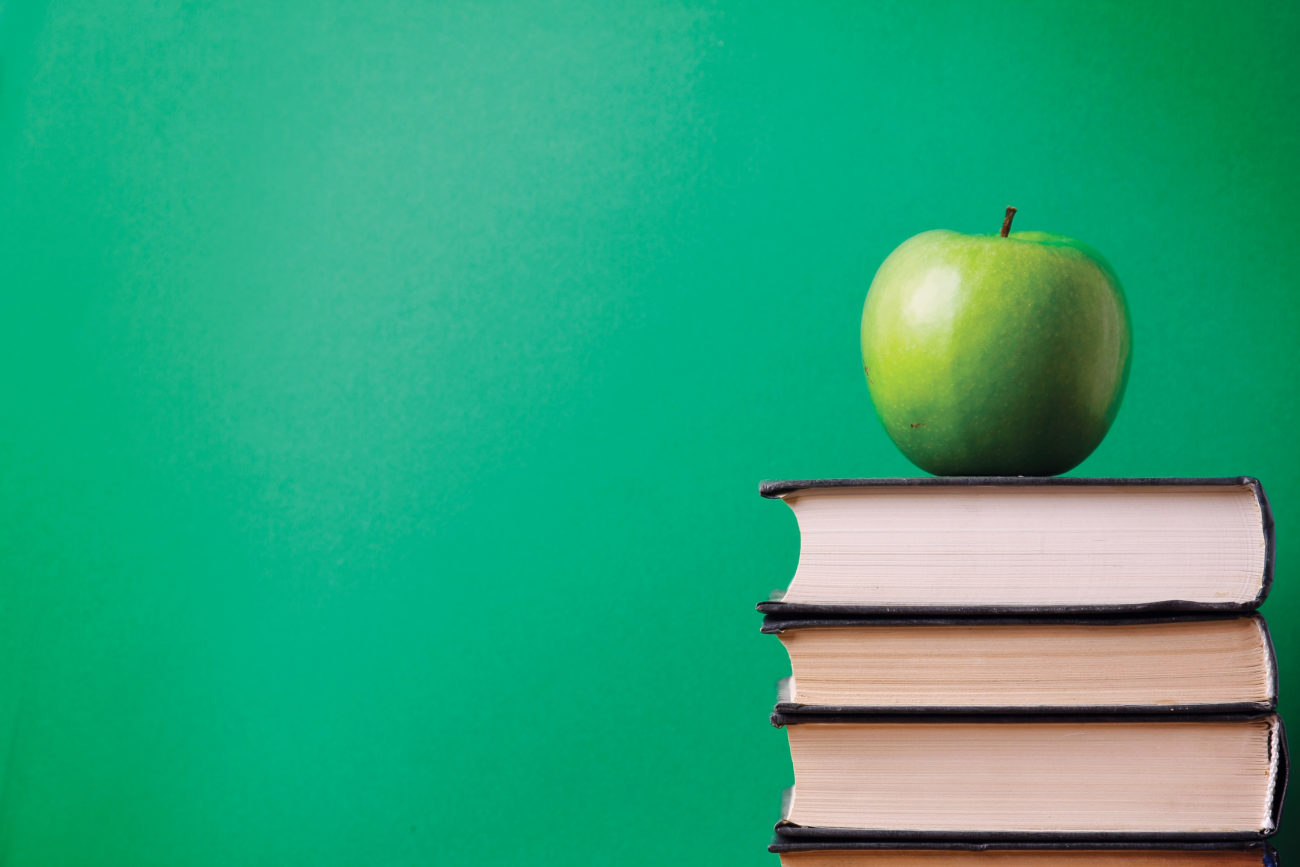 Franklin Delano Roosevelt entered the White House during the worst Depression in American history. Our nation was in terrible shape both economically and emotionally. One of every four Americans was out of work. The Dust Bowl was causing havoc and there was a huge migration of the unemployed to the West Coast. Factories were closing and labor strife was at a dangerous level.

People were desperate and some began to even question whether the great American Experiment of freedom coupled with capitalism could continue. The President and Congress quickly passed many laws in an attempt to help the nation during these stressful times. This group of laws ultimately became known as the Alphabet Laws and their aim was to create employment and put money into the staggering economy. Roosevelt rammed this new legislation through the Congress.

It was decided that the brilliant and unheard of premise of a “free public education” established by our Founding Fathers should be extended through the age of eighteen. (Unless you could prove that you already had a job, when you hit the age of seventeen … you remained in school.) It was hoped this would reduce the number of job seekers thereby automatically lowering the unemployment rate.

In retrospect, I would suggest that these innocent laws became some of the MOST damaging pieces of legislation involving social and economic engineering this country has ever instituted.

Today, the High School Diploma in many school districts is worthless! It is of no more value than the trinket once found at the bottom of a Cracker Jack box. And, in my opinion, I think it has been a destructive force across the social and economic spectrum. The Baltimore school system is a perfect example of this failure. Pouring more money into Baltimore will help no more than the one billion-plus already spent on this troubled and flawed district.

It’s taken time for this horror to unfold. Potential damage by the educational legislation was not evident at first. The Depression and world events leading up to and including World War II itself covered up the issue. When the G.I. Bill offered veterans free college educations the problems evolving remained under the radar screen. But ever so slowly they became obvious. Words like juvenile delinquents, switch blades, zip guns and gang warfare entered the American Lexicon. People began to take note as articles and books like Up the Down Staircase began to appear. Parents questioned why Johnny couldn’t read. They also questioned new math and other nonsense that began to appear. The schools were losing their special status … people became suspect and questioned.

People began to criticize. But that was minor league compared to today. Gone are the days when students have to earn the right to stay in school to learn and earn an education. The dunce cap has been replaced with lawyers protecting students, metal detectors at school entrances, police in the halls, grating on the windows, graffiti on the walls, parent/ teacher boards of educations screwing up the system and total chaos in many a lunchroom. Students move up a grade because of “social promotions” while others graduate because they had perfect attendance. In many districts it is anything but a perfect picture.

Neither pregnancy, crime, attacks on other students or teachers, acts of terrorism nor shear stupidity or indifference can dislodge the ne’er do wells from the system. Schools are now stuck with these dregs and must babysit the same until they are legally old enough to be thrown out. In my opinion it’s time to throw the trash out … not pour more money in.

We… particularly in the cities who bear the brunt of so many of these problems… are stuck. In some schools the question is no longer “Is Johnny reading?”… but by seventh period, “Will he still be breathing?”

The great P.S. schools of New York City and many other cities are now often controlled by educators and parents who assume guilt and blame for ALL failure. They promise, if additional funds are available, they can correct everything. I don’t think you will be shocked when I say that as a former educator I find the entire premise preposterous.

Somewhere along the line we will have to acknowledge that the children of children, barely past puberty, and the children of disinterested and often screwed up dysfunctional parent(s) can be more damaging than the benefits of the good intentions and efforts of do-gooders and dreamers. Until we get educators with testosterone to start telling parents that they and their children are responsible for their behavior and educational activities … instead of saying “WE CAN FIX IT” carte blanche… we are, in my opinion, pouring money and effort into a hopeless cause.

Today, most who seek or require decent educations are forced to move to better districts. Most who desire a “quality education” are forced to get a Masters Degree. It is unfortunate. I would like to say an undergraduate college degree is sufficient but that degree is gradually becoming equally worthless. Because this nation is so “guilt ridden” more and more students who should never have been given a High School Diploma are now being offered college acceptance. Equally unfortunate, many colleges and universities are infested with cowards, left wingers or bleeding hearts who pass a blind eye over these struggling young people and see that they get their degrees – most often at the taxpayers’ or other students’ expense…whether deserved or not.

In the name of equality and fairness, prestigious universities and colleges are scouring the nation for minority students and children from economically disadvantaged homes to fill their ivy covered buildings. They often seek numbers instead of quality and offer preferential monies and acceptances. And even more, they are racially selective in how they try to fill their “rolls.” And it is rare that someone would acknowledge this obvious truth.

I would support this practice if it were reserved for the brightest, the ambitious, the strivers and the motivated. But it’s not. It would be wonderful if most of these graduates became viable economic and intellectual assets to the nation. Sad to say this is not necessarily the case. Colleges are not for everyone. They should be reserved for people who have the proven ability to matriculate or at least have the proven potential to matriculate.

And the worst part of all of this is not the wasted monies and effort. The real hurt comes to the kid in the inner city or poorer suburbs who is bright … who is motivated … who is determined to succeed. He or she is the one given a suspect document (diploma) which could make it far more difficult for him or her to launch a solid career because of the stigma most people attach … even if silently … to the diplomas they have received. Be honest. In the newspaper, when you see pictures of graduating seniors holding diplomas from inner city schools or schools who you know have questionable expectations for their students… do you think of anyone in those pictures as a potential Rhodes Scholar?

Because of today’s education environment, it’s not helping that so many parents feel forced to move into housing they may not find affordable just so their children can be safe and in schools where education still takes place. How many people reside in the city only until their children are of school age?

Believe this or not when I was earning my Masters Degree at Villanova I sat next to a nun who taught in the Overbrook area. One day I was startled to see so many Jewish names on the papers she was marking. When I casually mentioned that I didn’t realize there were so many intermarriages she informed me that the kids were not the products of intermarriage. The religious school in question had been faced with a declining enrollment and an adjacent neighborhood contained a large number of Jewish families who were not willing to send their kids to a local public school. They perceived it to be unsafe. I won’t elaborate, but a deal was worked out where the Jewish kids went to the Catholic school but were not taught religion. This arrangement kept the school open and the kids in the neighborhood.

Might I suggest, if our public schools had remained honest, perhaps families with two or three kids would not be forced to go into hock over their ear lobes and eliminate their retirement funds to pay for not just an undergraduate but also a graduate degree. And let’s not forget the kids who stay in college beyond the traditional 4-year program to make up for what our public schools are lacking.

It’s enough already. Stop printing diplomas for the undeserving. Stop keeping kids in school until they are old enough to vote. I want every child able to get educated to the “max.” It is, as we all know, to our nation’s benefit. But this will only happen when we make kids and their parents earn the right to be in a learning environment. For those who don’t attend and are constant truants, kids who don’t study, who are disruptive or dangerous, for those who don’t want to be there … throw them out.

Let the good kids … the ones who try … use their twelve years to their advantage. I think that where this happens many malcontents and their families may change their views of education and start putting demands on themselves when they realize that school is not an automatic. Forget an apple for the teacher … sometimes forbidden fruit is that most sought after. 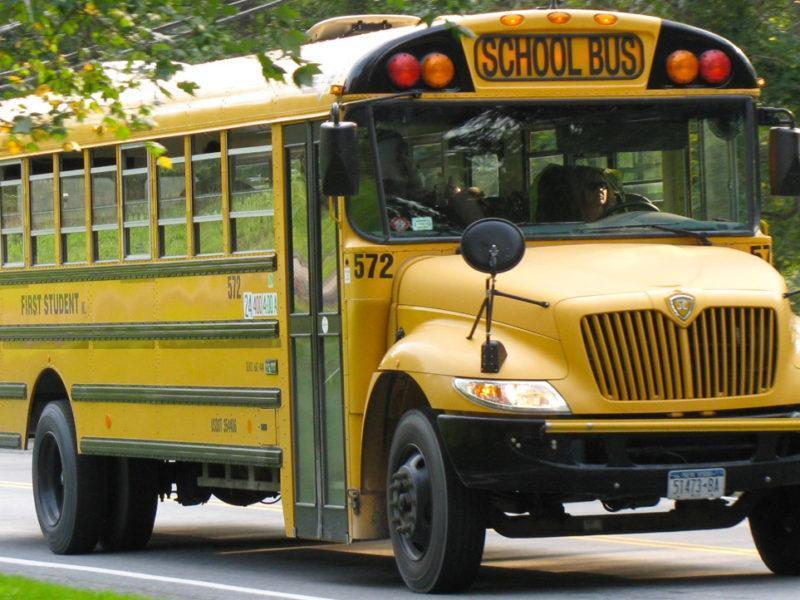