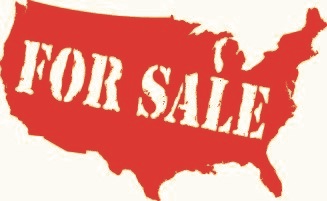 I’m a news hound. Actually, I am a compulsive news hound. Local, national or world events, I am addicted. I read three papers a day, watch many cable networks at night and listen to the news and talk radio when I’m driving. I am lucky that I have a very strong stomach because what I am hearing, seeing and reading is really very upsetting.

The world is burning. Every nut wants an Atomic Bomb. People are suffering horribly in the Middle East. Nature is causing havoc in many parts of the world. Unrest reigns supreme in South America. Large populations in Africa are going to bed hungry and one unthinkable action after another occurs while we are concentrating on “offensive” statues, athletes taking a knee, mistletoe on the White House Christmas tree, Harvey et al chasing just about every female on the planet and the First Lady wearing sneakers. Very strange at best. And getting stranger every day.

Have we forgotten that Uncle Sam owes a whole lot of money? The individual states also owe buckets of bucks. Let’s not forget local and county debts. And while our debt is about to orbit the moon, people are urging governments to spend even more. Lots more! Some are demanding we lower the taxes we pay while we increase spending. Hello … is anyone really thinking? Isn’t a national debt, forget city and state, enough to keep you up at night?

What else can we possibly tax? We have income taxes, sales taxes, property taxes, inheritance taxes. We pay theater taxes, hotel taxes, transfer taxes and taxes on car rentals and gasoline. The list of items they levy on is almost endless. The only thing not taxed yet is my bottle of Coke and that’s because I don’t live in Philadelphia!!

Suddenly, like a bolt of lightning, it hit me. We are doing it all wrong. There is a better way of raising revenue without taxing people to death. We should lease, rent or sell names and products like the professional athletes do. Don’t laugh, I am serious. We can raise “Kabillions” of dollars painlessly. The public would be thrilled. Companies would line up, checkbooks at the ready, for the opportunity and IRS employees could purchase some heavily taxed suitcases and disappear.

Allow me to explain.

Uncle Sam, as an example, could sell advertising space on our coins. GM would love to rent the space. The penny could change from a Lincoln to a Chevy. The buffalo on our nickels could be replaced with an Impala while the dime could have a small picture of the Envoy. The quarter could be reserved for various GMC trucks and the Cadillac could be on the fifty-cent piece. I love it! Oh, I haven’t even mentioned paper money!

The same with postage stamps. I am sure that a company like GE would love to have pictures of its different products on every piece of mail. We could even sell space on our military equipment and satellites. Lawyers would love to advertise on IRS materials. Can you imagine what drug companies would pay to have their names on Veterans Hospitals? The possibilities are endless.

But we can go even further. Cities and states could rent their names out. Since Washington owned slaves we could change the name of our Nation’s capital, and charge a big buck, to Microsoft City. Boston could become Heinz Bean Town while Philadelphia could become Quaker State Oil. Chicago could get Smith and Weston to pay a big buck to have their name on the city’s buildings. LA could become Taco Bell Town and Denver could become Coors City. New York will remain the Big Apple, Camden can become Campbell City and New Orleans could become the Big Mac. Alaska could become Eskimo Pie.

We could rent the names of highways and turnpikes to a variety of local firms that might otherwise feel left out. Perhaps we could lease our North South Interstate Highways to the Republics and our East West roads to the Democrats. Maybe the independents will want to lease the Interstate connections that loop our cities.

Shame on me. I forgot to mention different institutions, memorials and monuments. The ideas and money-making opportunities are endless and could be painless….and all of this will require another column, maybe more. I think it’s a thought worth pursuing. What do you think?