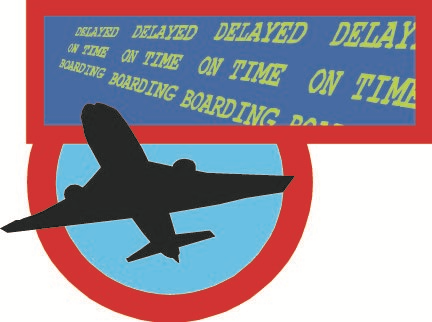 Every time I crank up the old word processor I have to decide what I want to discuss. I never have any problem coming up with material. My problem is that I have so much I want to discuss. I admit it is getting easier to pick a topic. I have eliminated politics, sex and any issue that relates to race. I won’t even talk about Black Friday or NASA exploring the Milky Way. I really have cut the list considerably. The insane reactions I sometimes receive from the most innocent of articles is amazing.

But every so often I still find people’s reactions to various things totally off the walls. Often while I am driving I spot people who are demonstrating “road rage.” I have always been troubled by this phenomenon. Until recently I marveled at certain people’s total loss of control and the behavior they demonstrate when this occurs. I can understand getting angry, or shouting, or cursing, or pounding on the steering wheel or even “flipping the bird,” but some behavior I have noticed has been truly unbelievable. At times I would like to ask a particular lunatic for his or her autograph.

Recently, Linda and I took a trip to Seattle. Or more accurately we attempted to take a trip to Seattle. It all started on a Friday when we noticed there was a light snow falling. To be safe, we headed to the airport two hours early to insure we didn’t miss the boat … just kidding. Traffic was maddening. Arriving at the airport we were advised that we could not check our luggage because we were on a connecting flight. Let’s be honest, much as I love Southwest Airlines, they rarely fly directly to anywhere. Traveling from Philadelphia to Trenton can require a change of planes in Croydon or Pipersville. So we dragged our twelve suitcases, three flight bags, a pup tent and a supply of fresh water through the airport to the ticket counter.

The line was huge. There must have been fifty people waiting for the two attendants who were totally overworked. They were furious. Since the people out front could not take luggage they were totally overwhelmed, overworked and, to be honest, over abused. They continuously mumbled about their airline not providing additional personnel. The longer the line got, the shorter people’s tempers got. It got so bad I was thinking about getting my autograph book out.

Finally, after this lengthy ordeal we passed through security. I hope I am not getting too personal when I admit that when I am tired or aggravated I don’t enjoy having my “family jewels” x-rayed nor do I enjoy walking around barefoot or answering stupid questions.

When we finally managed to arrive at our appropriate gate we learned that our silver carrier would be leaving a half hour late. We weren’t bothered by this because our connecting flight in Chicago was to leave an hour after we landed. Little did we know that our silver chariot would sit on the runway for almost three hours waiting to be de-iced.

The only information we were provided by a very tired crew during this ordeal was that we were not allowed to use the bathrooms and that the delay would be minimal. I would like someone to look up the word minimal in their Funk and Wagnalls Encyclopedia. Anyway, after being offered multiple bags of peanuts and several bottles of water we arrived, four hours late, at Midway airport. Obviously we missed our connecting flight.

The flight attendant failed to inform the passengers that, if we missed our flight, we had been switched to the next available flight automatically. Instead, we were informed to go to any gate and ask the person at that gate to assist us vis a vis re-scheduling a connecting flight.

Back to my tail of woe. People rushed from the plane and headed for the nearest gate. Can you picture a cattle shoot? I can’t move as quickly as I once did so I ended up at the back of the line. When Linda and I finally got to the attendant we met one of the nastiest forms of sub-humans I have ever encountered. She was, if Linda lets this get by the editing process, a complete, unadulterated, you will forgive me, bxxxxx! She was the only woman I have ever wanted to slug.

During the time we were forced to deal with her she a. never put down her iPhone, b. did not stop eating her sandwich and c. refused to make any form of eye contact. After staring at her computer for about four silent minutes she ultimately mumbled in some strange dialect that she had found us two seats on a plane that was leaving eighteen hours later. When I told her politely that we were unwilling to wait that length of time and I wanted my luggage back so that I might try a different line she told us, “YOU CANT’ HAVE IT BACK. IT’S ALREADY IN SEATTLE!”

Dear readers, I have been married to my wife for over thirty years and I knew that, gentle soul that she is, if I was patient I would finally see her lose, really lose, her temper. It was worth the wait! God bless my wife. She was beautiful! I wanted to get out my autograph book. Slam dunk great!

Linda asked this belligerent, disinterested Neanderthal how our luggage could possibly have been transferred to a plane that we missed. The question floored her. It was far more difficult to answer what color George Washington’s white horse was or what planet did he originate from. She, the ticket lady, almost went catatonic before our eyes. She was stumped. I think I saw the back of her head throbbing. Ultimately another employee, one of the good guys we met, suggested we head for the lost luggage department to get our stuff back.

After waiting in line for another half hour we met some very competent, but overworked Southwest employees who were extremely helpful and arranged for us to get our luggage returned within minutes. While Linda waited for the luggage I went to make new arrangements to get to Seattle. That is when I learned that we were already booked on an earlier flight to Seattle. Great.

Maybe not so great. When Linda arrived at the counter with our luggage we were advised that Southwest Airlines’ policy was to not take luggage more than four hours in advance of a scheduled flight. NO EXCEPTIONS! We didn’t have enough time to go to a hotel, so we were forced to drag our luggage around the airport for eight hours, go through security again and sit in an empty, silent airport waiting and waiting and waiting for our departure.

Finally. the gate opened and we were getting out of this nightmare and heading to Seattle. Or so we thought. I quickly learned that our flight was going to Phoenix where we would switch planes for Seattle. Total flight time …. nine hours.

Can you autograph your own book?

Before I went totally nuts I noticed that the flight at the very next gate was going to Philadelphia. I’m exhausted even retelling this tale. Southwest and I came to a compromise. I agreed to take my hands off Southwest’s gate employee’s throat and they agreed to fly us back to Philadelphia.

Twenty six hours after leaving Philadelphia we arrived back in the City of Brotherly Love. The car, as I feared, wasn’t buried in snow. It had not been stolen and we had air in all four tires. Lucky us, the car started and we went home. P.S. My lovely wife said it was the first time she was returning from a trip with NO laundry to do!!!

I have but one last thing to say: Whoever created the “home sweet home” sign should run for President. There I go again, discussing politics.