HomeFeatured WritersLook What I Can Do!

Look What I Can Do! 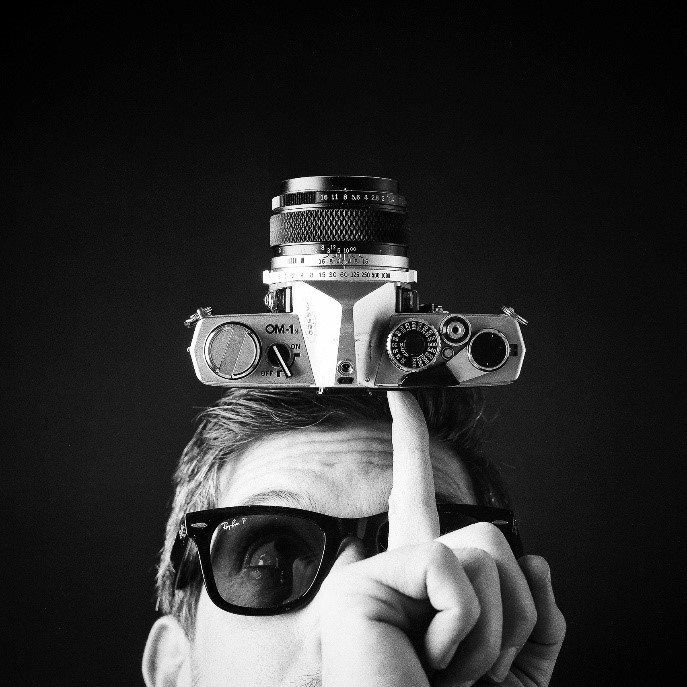 Look What I Can Do!

It’s 1937. A bearded man wearing a Stetson hat looking both cowboy and class is laboring through the difficult terrain of the Sierra Nevada Mountains.

He has with him a heavy 8×10 view camera, an enormous tripod, and various other photography tools. He’s hiked this vicinity multiple times before in search of the perfect spot to place his camera. The light has been studied on his previous trips as well in order to determine the perfect conditions for capturing the High Sierra as gloriously as possible. On this day a winter storm is clearing creating panoramic beauty. After weeks of hard work the legendary landscape photographer Ansel Adams will finally activate the shutter on his camera. The photo has been taken but he’s not done yet. Mr. Adams then works diligently in the darkroom using techniques to maximize the level of detail on the final print. It’s a work of art. Now flash forward nearly a hundred years to today. We’re told through marketing that all this can be achieved on our phone with the press of a button. Isn’t that amazing? I think it’s very misleading and makes for a boring hobby.

Easy to use point & shoot cameras are nothing new. Kodak’s rise to market dominance was mainly because of its easy-to-use consumer cameras. If you watch their old ads they make similar claims to what Apple says today. The idea was to give people that weren’t interested in or intimidated by photography the ability to take decent photos. Perfectly understandable. The difference now is that we’re being told the phone is a viable replacement for advanced photography. In a subtle way we’re being told that we’re a sucker for carrying around costly and heavy equipment. I often think about all the people who may have discovered a hobby that can bring a lifetime of enjoyment (perhaps even a career) and missed out because they got trapped by the convenience of using their phone.

Whether it be a frame of film or a digital sensor, light is being recorded onto that area to give us our image. That area is our original copy for lack of a better term. If the screen that we view our image on or if the print that we make from it is bigger than the original copy (and it almost always is) it is a form of an enlargement. As we enlarge from that original copy we get degradation in quality. Therefore, the bigger the sensor (or film frame) the better the quality.

There are other factors like megapixels that affect quality, too, but I’m only speaking about size right now. The image sensor on an iPhone is tiny compared to that of a dedicated camera. This works out fine for viewing on your phone and making very small prints.

We start to run into problems when viewing on computer screens, televisions, and when making large prints. In fact, Ansel’s old 8×10 film camera is still probably the best way to go in regards to image quality. Think about it. You’re already starting out at 8×10 before any enlargements have been made. Your phone’s sensor would look like a Tic-Tac if placed on top of an 8×10 sheet of film. I’m not suggesting you lug around an 8×10 camera but there is a middle way. Even a modest 35mm film or digital camera records images on a significantly larger area than an iPhone.

A dedicated camera offers us the ability to change lenses. The lens will have the most impact on the overall look of our image. It’s the camera’s eye when we’re taking a photo. We can put a wide angle lens on our camera when shooting a sprawling landscape. If we’re taking a portrait we can put on a lens that will blur our background with beautiful bokeh and bring emphasis to our subject. What about those amazing high detail close-ups of insects and flowers? That’s done with a macro lens. A macro lens is designed to focus closely. If birds and other wildlife are your forte, it’s an impossible task to shoot them without a telephoto lens. Think about the size of those little lenses on your phone and then take a look at the bazooka-like lenses used on the sideline of a football game. Do you think they’re carrying around those heavy lenses for their health? Absolutely not, physics requires them to be that size in order to obtain an acceptable level of quality. A phone is not a substitute for any of this.

A proper camera also gives us the ability to have complete creative control over our image. We can set our shutter speed to freeze or blur movement. For example, we can make the water in a raging river look as smooth as silk with a slow shutter speed. We can freeze a ballerina in mid air with a fast one. The aperture setting controls how much is in focus over distance. We can shoot a close-up of a flower in perfect focus and make everything else behind it out of focus by opening up the aperture in the lens. Or, we can make everything in crisp focus from foreground to background in a landscape image by closing the aperture down in the lens to the size of a pinhole. It functions much like the human eye.

Now phones try to simulate some of these controls but do a pretty lousy job of it. There’s nothing like the real thing. Besides, since when is “easy” a rewarding or fun aspect of a hobby? “Easy” should be the solution for the things we don’t like to do. Like taking out the garbage. Why can’t my phone do that? Some folks just want pictures, I get it. I’m not really speaking to you, however, perhaps I can convince you as well. I’m speaking to the people who enjoy photography and perhaps have abandoned the idea of a dedicated camera. Also, I don’t like the idea of doing something I love on the same device I use for a lot of things I don’t like. I can’t imagine framing up a beautiful shot only to have a call pop up on the screen from a telemarketer. Kind of kills the mood. I think it’s best to separate this device from our hobbies. Most of all, I don’t think Ansel Adams would have found photography interesting enough to make it his life’s work with only an iPhone. Not hands on enough. Wouldn’t it be more rewarding to say “look what I did” as opposed to “look what my phone can do?”