An Ego-Deflating Pratfall Utterly Vanquishes the Man of Steel 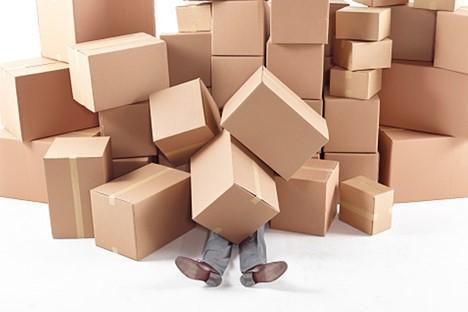 An Ego-Deflating Pratfall Utterly Vanquishes the Man of Steel

“Don’t argue with me. I’m gonna do it my way.” Nothing much good can follow those words. History is replete with examples of people who spoke them before disaster befell them. Think: Custer at The Little Big Horn, Lord Lucan at Balaclava, or Don Quixote and any of a dozen windmills.

Look up “slow learner” in your Funk & Wagnall’s and you’ll see a picture of my great grandfather, indicating I come from a long line of slow learners.

It began years ago when I thought I could soften a tube of Crazy Glue by putting it in the microwave for a few seconds. My eyelids were stuck together for three days. Another time, during a basketball game, I thought I could drive for a layup against a much larger and taller defender. I got fouled, but a collision left me in a leg cast for five months. (Standing on one leg, I missed both free throws.) Then there was the time a colleague and I were going from Oahu to the Big Island. He wanted to go by boat. I wanted to fly and save time. I remember asking the flight attendant if the flames coming from the engine meant we were having a luau in the sky. Obviously we landed safely. I never did get any Kalua pork. I do not learn quickly because I refuse to go gently into that dark night.

I sold medical books off and on for 25 years. Books are heavy to lug around and I used a variety of handcarts to move them. I had a Magliner, the Rolls Royce of handcarts. If you’ve ever seen a UPS guy hauling a load of boxes four times bigger than he is on an aluminum cart with rubber tires – that’s a Magliner. It flips from a two-wheel handcart to a four-wheel flat bed in seconds … just so you know I’m a handcart pro.
We are in the process of moving. The new place is about three blocks away, so I’ve been moving some small stuff myself. That’s me: save-a-buck-Jerry, cutting time from the moving company’s estimate.

So here I am with a two-wheeler with four big plastic storage containers on it, about to go down six cement stairs. I lower the cart so the metal glides can bear the weight, allowing the cart to slide rather than go bump-bump. One step, two, three I’m sailing as smoothly as … as the Titanic. Four, five – suddenly one of the wheels hits an uneven space in the stair – or maybe it hit an iceberg. I don’t know. But I am no longer controlling the speed. The cart is pulling me. You know the guy trying to get up on water skis, who falls and hangs on to the rope while the boat pulls him through the water? That’s me. The cart is taking the last stair at warp speed. I don’t let go. Now my legs are behind me like the guy on the water skis, only I’m on cement. With my hands on the cart I break my fall with the part of my anatomy closest to the cement … my face.

I didn’t black out, but I was definitely woozy. I was bleeding and my lip started to feel numb like Tim Conway had given me a shot of Novocain. Suddenly out of nowhere two good Samaritans appear. They are my neighbors Tom Mallett and his lovely wife Patti Davis-Mallett who witnessed my “agony of defeat” moment while walking nearby. They got me into a sitting position and stayed with me until they were sure I could walk the short distance back to my house. Tom even loaded the containers into my car, along with the recalcitrant handcart.

I was left with facial contusions, brush burns on my leg, and a bruised ego – the most serious injury of all. It was a wake up call. As much as I think I can do things I did 20, 30, or 40 years ago, I cannot. We had a goal before we started packing to move: not to go to the Emergency Room. I came close.

I need to admit my age. But it’s difficult when you look in the mirror and see the keen eye of a seeker of wisdom and truth who can leap tall buildings in a single bound, who is faster than a speeding bullet, who … who … just can’t handle stairs.

Among the items I left for the movers to haul, is a very comfortable leather recliner. It is safe, womb-like, and comforting. Guess where Superman is going to be spending a lot of time?