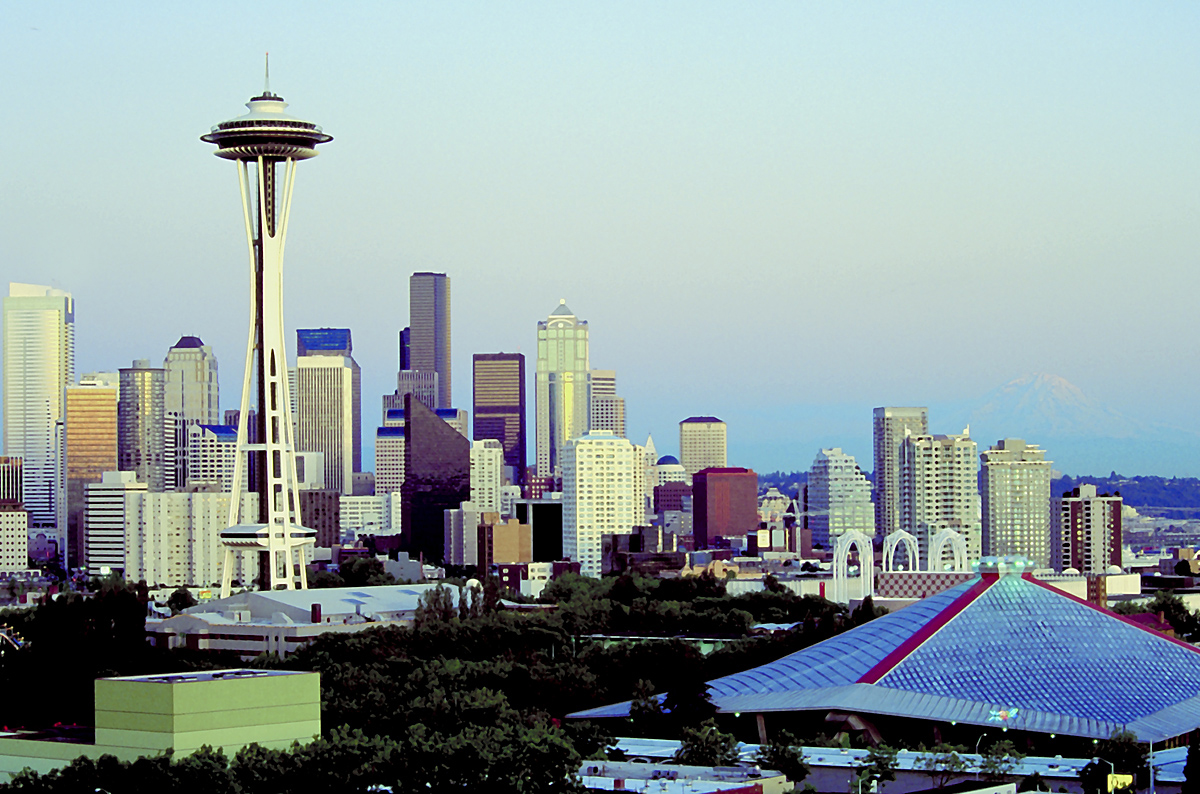 Twenty five years ago my oldest son received a scholarship to the University of Washington Medical School. He never came home. My daughter went to visit him. She never came home. She now is a Seattle resident. Their four children live in Seattle. The moral of this tale is to forbid your other children from ever visiting the
“escapees.” Just kidding.

Linda and I have frequently visited them. To be honest, it is a beautiful part of our wonderful Country and worthy of many visits. But my recent health issues have made it extremity difficult for us to travel. While I’m up and about and doing great I must have dialysis every two or three days. Not much fun but it keeps me alive and you learn to live with it. So if we are doing any travel we must keep this in mind.

I mention this because my grandson was recently a Bar Mitzvah. Short of being on life support in an ICU unit there was no way I was going to miss the special occasion. With that in mind Linda did a great deal of research and found facilities in the Washington area that would accommodate me. She also had all of my medical records transferred and kept “Dr. H.” in the loop. The dialysis location was some twenty miles from my son’s home on Mercer Island. Guys with bad kidneys really have little choice.

And this is really what my Seattle tale is all about. In the past, our visits were to Mercer Island. It is a very wealthy area in the middle of Lake Washington saturated with Mercedes, Cadillacs, Teslas and some of the most exotic vehicles I have ever seen. Houses can be found, if you look for a long time, for as little as a million plus. Most, if not all of the residents are professionals, hi-tech guys and very successful business people. The island is home to the “biggees” of Microsoft, Apple, Boeing, Facebook and the other dominant internet players I think you get the picture.

When I was scheduled for my “visits” I had to leave the Island and travel on the Freeways to my destination. Quite honestly I was stunned. The local Philadelphia area has some homeless people, but what Linda and I saw on the roads in the Seattle area truly shocked us. Mile after mile, and I am not exaggerating, of homeless people lined the underpasses, the middle strips and exit ramps. The areas were covered with people living in rundown rvs, cars, tents, sleeping bags and in makeshift tents. Many had their belongings in trash bags and cheap plastic containers. The “upper class” in these tragic areas had all of their pitiful belongings in stolen shopping carts.

When we got off of the expressway it got even worse. We got stuck in a traffic jam and couldn’t move for about ten minutes. We had ample time to observe, very close up, some of these unfortunate people who were living on the street corner. They had signs announcing they had been evicted from their homes and desperately needed any type of employment. Others held signs requesting money for medical attention. Some were just begging. Some were clearly under the influence of drugs and alcohol. And some looked like they had serious mental issues. Most of the children appeared to be undernourished and very poorly dressed.

I have never viewed a more tragic, desperate and gloom-ridden group in my life. Certainly not in America. It reminded me of the photos of Ansel Adams from the Dust Bowl during the Thirties. I thought, until now, those days were long gone. But then I saw one of the most upsetting, gut wrenching signs I have ever seen. A woman, normal looking and very believable, held a sign begging a “decent, honest and caring family” to take her son home with them. The sign went on to state that she had lost her job, was never able to replace it with another decent job and ultimately lost her home when she fell behind on her mortgage. Further, she explained how unsafe it was for her to take care of her son in her current environment.

Finally traffic moved, we reached our destination and I got “attached” for my for hour stint. I was about to contemplate what I had just witnessed (if nothing else it helps kill time) when my thoughts were interrupted by the attendant who had agreed to come in early in the AM to take care of me. He threw me another curve ball. More thoughts to find upsetting and more to contemplate.

I quickly learned that my attendant, Sam, was a full blooded Native American Indian. His family, Mom, Dad, Sam and his three sisters had lived on a reservation in Utah. One day, when he was six, his mother came home and announced that, for better or worse, they were leaving the reservation the following morning. She had no real idea of where they were going but she was not about to continue exposing her family to the poverty, alcoholism and drug problems that permeated the entire community.

True to her word, the family picked up the following morning and left. They ultimately ended up in Spokane where both his mother and father found employment. At some point the family moved to Seattle where Sam eventually became a technician, his older sister became a legal assistance and his younger sister became a Registered Nurse. His middle sister, he stated, was a “problem.”

Sam was a nice guy. He was soft spoken but very annoyed. He couldn’t understand why the LGBT community got so much attention and the American Indians none. He bemoaned the fact that the illegals were getting sympathy, funds and all types of attention. He went on to say that to the best of his knowledge his people rarely, if ever, held political positions or got special incentives for college funding or business opportunities. He was a troubled guy who went on to point out that Native Americans had constantly been lied to, had their lands stolen and continue to be denied voting privileges in many areas of the country.

He had many more points that he shared. I just think enough is enough. I am sure you got the point. The tale of the Native American Indian and how they have been screwed over is legendary. But no one cares. My son worked on a reservation for three months while he was in medical school and his description of the poor facilities, lack of equipment and medicines just substantiated Sam’s complaints. Conditions are deplorable.

Just about when I thought it could not be worse I encountered a bizarre, and unbelievable incident when we returned home. A patient that I met in the Warrington dialysis center was escorted by two prison guards. He was an extremely happy patient who was serving an eight year sentence for armed robbery. He was a veteran who had trouble reentering civilian life after doing three tours in the Middle East. He claimed that he, like so many of his combat brothers, received little real support upon their return. When things fell apart for him he chose a very bad form of “employment” to support his family.

He was thrilled that he was having kidney problems. He “got out of jail” three days a week. He had become friendly with both guards and they often took him out for lunch after his treatment. As I said, he was a very likable chap with tons of thoughts and opinions. I suggested, if it was legal, he should start a blog. He was really interesting. And, surprisingly, not at all bitter.

I know from past experience that some will be furious with me when I share my closing thoughts, but I must get them off my chest.

I am far more concerned with the tragic homeless families that line our highway across America than I am with the illegals at our borders. I care more about the welfare of the homeless and our immigration problems than I do about whether the Ukraine should get rockets. I am bothered by Sanctuary Cities and the lack of co-operation with ICE. In fact, I am troubled with our total criminal system. It is a total disaster and our solutions are not working.

I am far more concerned with our patriotic veterans who are facing such severe re-entry problems than I am with giving incarcerated felons the vote. I am troubled when I watch TV and see various veteran’s groups begging for money to help those servicemen and women who have returned physically and emotionally harmed. The suicide rate among this group is one of the highest in the nation. Yet, unlike the sympathy for our criminals, they go mostly unnoticed.

The Native Americans are in desperate need of our government’s attention. No one cares. Like so many other real, and tragic issues, they go unnoticed. We talk about Black Reparations for Slavery but I have yet to hear about money for the desperate souls on the Reservations.

Now that we are no longer spending so much valuable time and effort debating about the Presidency of Donald Trump, let’s move on. Let the public decide in November who will reside in the White House for the next four years! In the meantime the Second Branch of government, Republicans and Democrats alike, should consider our real pressing problems

When I see what is going on in America today I am compelled to reluctantly close with a quote from Ronald Reagan, “Politicians like diapers, should be changed frequently.”

They Made My Father an Offer He Ha...