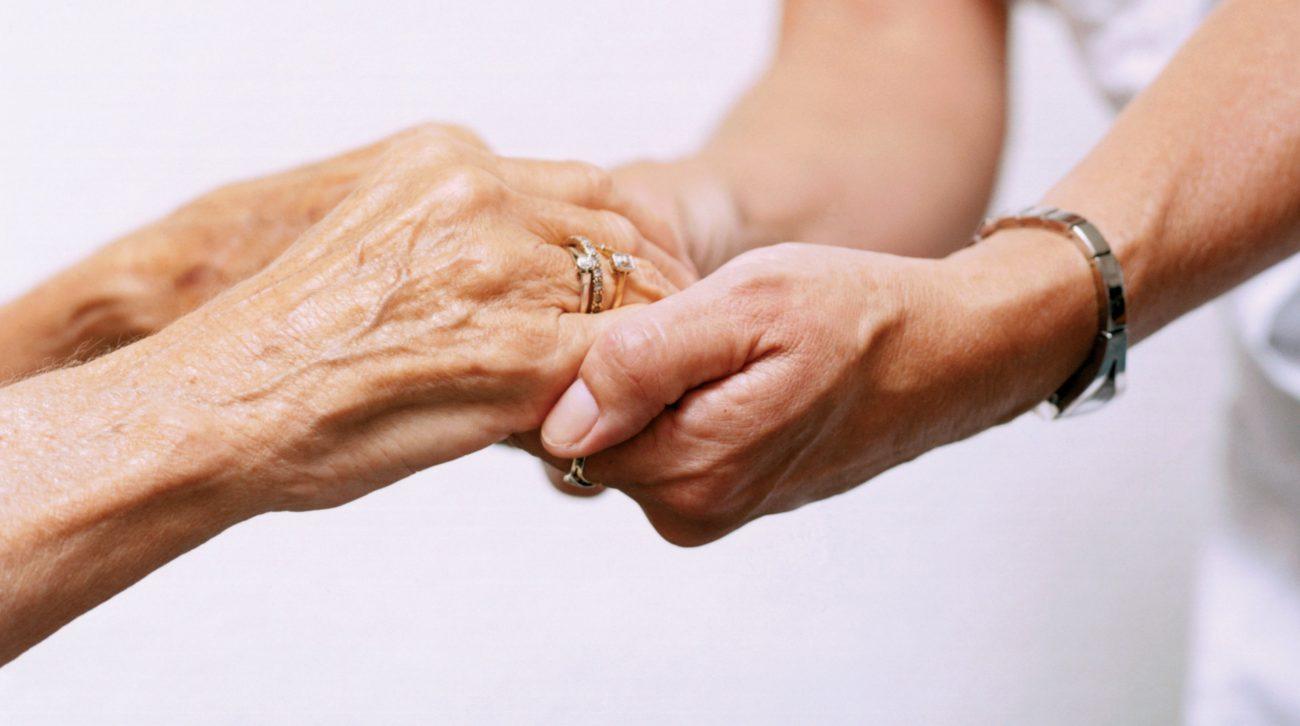 On Thursday, March 26 at 12:15 I arrived at Michael’s Diner on Street Road during a very heavy rainstorm. I was late and eager to meet my “graduating buddies” from Olney High School for our monthly get together.

As I jumped out of the car and made a dash for the diner I noticed a group of elderly women in a chaotic huddle at the edge of the parking lot. I went over to see what was going on and spotted a very elderly and extremely frail woman lying in a large pool of water. She had tripped. Her two friends, both substantially older also, where unable to help her stand up.

When I realized what had happened and the condition the elderly woman appeared to be in, I dashed into the diner and told the cashier to call for emergency assistance. I then rushed back to the fallen woman et al to offer whatever assistance I could give. The pouring rain and sleet did not help.

The manager of Michael’s also came rushing out when he realized that there was a problem. The two of us, after checking for broken bones, bleeding or other visible damage, very gradually and at a snail’s pace, helped the woman stand. Slowly – remember this was during a driving rain and that she was soaked – we helped her into the diner. We tried to calm the petrified, disoriented soul. She was trembling, really trembling… and her two concerned companions were quite shaken. We waited with them until the rescue squad arrived.

When the crew took over we discovered that she was, thank the Lord, just plain soaked and scared and nothing more. It was a miracle. Old people, and I am one of them, break easily. Fortunately that was not the case here. Once I knew all was being attended to I headed back to my car.

As it turns out, I was at the diner for a meeting that was scheduled to occur a week later. I was early… by seven days. (How smart am I?) And my clothing was drenched. After laying in a three inch puddle my shoes were beyond help and my jeans, from knees to waist, looked like I had a major accident. Plus both of the sleeves on my sweater were soaked to the elbows. It was time to head home for a hot shower and a change of clothing.

The manager, realizing I was leaving without eating, insisted I take at least a salad or quick sandwich with me. I was hungry, so I decided to take him up on his kind offer. The only dispute we had was that I wanted to pay for the meal. He refused to hear of it.

Interestingly, while we were waiting for my food, three different people came up and thanked us for helping the poor old gal. Then two men, and ultimately a third, came up and stated quite clearly that we were both STUPID! The three of them reminded us over and over again that we could face serious legal issues if the woman had been hurt. They insisted that we were not aware of the world we lived in. We should have, they claimed, left her there – in a deep puddle in the pouring rain – for the professional assistance that was on its way. I was stunned.

I got in my car, after wishing the three women well, and drove home to shower and change. I was preoccupied with what I had been told. I began to question whether I had done the right thing. Was I stupid for exposing myself to a potential law suit? Should I have walked away? Should I have pretended I hadn’t seen the problem and sat down for a meal in the restaurant as though nothing had occurred? Was the danger of harming her more of a risk than helping her?

I wasn’t finished dressing before I realized I would do exactly the same thing if I saw someone needed help. I also realized my response wasn’t noble or kind… what I did was, in a sense, quite selfish. Had I not helped her I would have seen the image of the woman lying on the ground for many nights. I am certain that the image wouldn’t go away. It would haunt me. I could not look in my own mirror. And I wondered, how some people could see the same situation, walk away and live with themselves… and their conscience?

Two nights later I was visiting my son… don’t tell him … but I really wanted to see our new grandson. Gabe is in his final year of law cchool and I therefore decided to share the experience and the reaction of the people I had encountered. He was not surprised. In fact he made it quite clear that there were potential legal risks involved in helping people in these circumstances. He went on to describe a variety of scenarios and what might happen. He ended his tutorial by saying that doctors were exposed to even more of a potential problem should they choose
to assist.

Later that night while we headed for Burger.Org for takeout food I turned to him and quickly asked, “OK, future lawyer, take your time and give me an honest answer. What would you do right now, during this drizzle if we found an injured woman lying in the restaurant’s parking lot?” Before the key was out of the ignition he looked at me as though I had lost my senses. In total disbelief he finally said, “I would scream for someone to call for assistance… and then I would do what you did. I would help!”

The next day I was speaking to my son Eric, who I have mentioned before is a doctor in Seattle. When I recounted the same incident to him he quickly cut me short. He made it clear that while in school and then afterwards he had been reminded constantly of the dangers of litigation. Every doctor, he claimed, had the “Good Samaritan Laws” pounded into their heads.
Finally he told me that one day he and my daughter-in-law had been travelling on Interstate 5 from Seattle to Tacoma when they witnessed a horrendous accident several cars ahead of them. One of the occupants, a young girl of nine, had been injured badly and was bleeding profusely. Another occupant of the car had suffered serious head injuries.

When I asked how he responded, he stopped for a minute before turning to me. “Dad, I had a very serious decision to make. I thought about it for an almost indiscernibly brief second before I decided.” I was getting very upset waiting for his response when he said, “The little girl was in more danger of bleeding to death than the man was of serious long term damage. So I made sure Erica (his wife) called 911 and then I tore my shirt and went to stop the bleeding.”

It’s a dilemma, indeed… and I don’t know if there’s a clear answer. I believe there’s a clear moral response, for sure. But any other… I really don’t know. The one thing I DO know, is I guess I did something right in this life of mine. I liked the response I got from my kids!