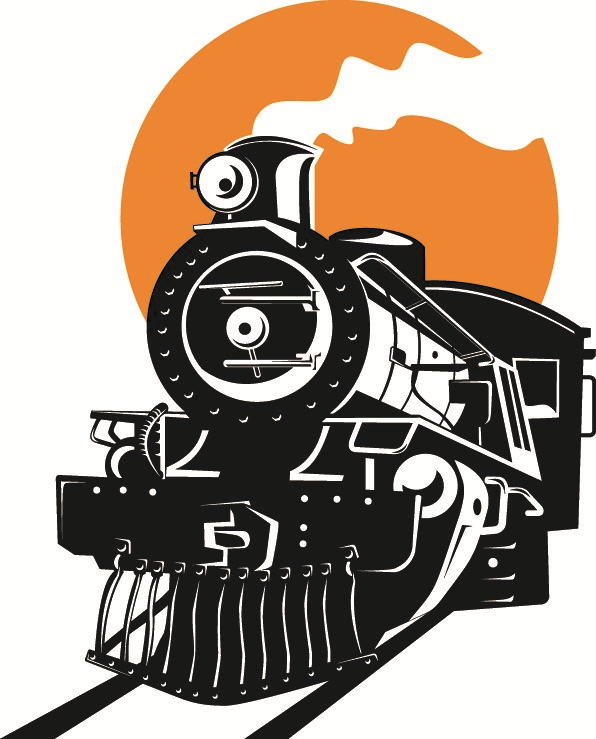 The week before the Fourth of July my wife and I took our two-year-old grandson, Yosef, on a train ride. We already knew that he was fascinated with my Lionel trains and all of the varied displays on my layout. Linda and I assumed, correctly, that a ride on a real train on the New Hope and Ivyland Line would intrigue him. He was fascinated. Mesmerized is a better description! He never took his young eyes off the wondrous things that passed by his window as the train chugged along the scenic tracks in Bucks County.

I have said it before and I will say it again, if you have young children or grandchildren, a ride on the New Hope and Ivyland Railroad or a similar line is a MUST-do for the total enjoyment of all. And Spring and Fall are perfect times.
But like so many articles I write, this article is not really about trains. As I sat there watching our grandson’s delighted reaction to just about everything he saw it suddenly dawned on me how much Zayde really loved this “little bugger.”

As I sat there in this magnificently restored hundred-year-old coach watching his every reaction I began to reflect on how things have changed. It suddenly dawned on me that I no longer knew how to help him with his future. I was really confused. In some ways, I was, and remain, in a state of panic.

So many things I believed in are not the same. Understand that I’m not referring to technology and modern conveniences. I am referring to the new morality that we all face. And, in my estimation, much of this new morality that is considered the norm is totally unacceptable to me. Worse yet, today’s political correctness makes it even difficult for you and I to share our views with other people.

So, how do I guide him in the world he is inheriting?

Allow me to backtrack many years. Within days of my three children being born I immediately opened TAP accounts for each with the state of Pennsylvania to cover as much of their college educations as possible. (By the way, it is an excellent investment.) Looking at each one of them in their little cribs convinced me to have as much money put aside for their futures as possible. Linda and I, like so many other parents, saved when we didn’t have it. We saved instead of covering our own retirements. We sent them to universities that really taxed our resources. We encouraged them to go for advanced degrees.

We wanted our children to have every opportunity, as most parents do, to move forward in their lives with the best possible educations saddled with as little debt as possible.

Up until recently, I felt the same for our six grandchildren. As with our children, we would do what we could for our grandchildren’s futures. We understood that in today’s world a license is almost a mandatory item to move forward in life. Doctors, lawyers, architects and a rafter of other careers demand multiple degrees. Plumbers and beauticians are required to be licensed in most states today. Even high school graduates who would be far better off in the trades and alternate careers are being forced to matriculate.

The problem is that all too many of today’s universities have insanity on their campuses. Many California schools of higher education tolerate, perhaps preach, violent anti-semitism. Harvard now has segregated law school graduations and schools in Michigan now permit racially segregated dorms. Freedom of Speech is being challenged throughout the educational world and some of the Nation’s highest dignitaries are being barred from speaking on campuses. Safe spaces and hate speech have become the new terminology and debate is virtually nonexistent.

While these obscenities occur, many educators who, in my opinion, should be tarred and feathered continue to rant, rave and preach hate and insanity on college campus after college campus. Harvard, Cheney and Drexel are but a few of the schools that have defended the indefensible.

Parents I meet are concerned. They are wary of the “brain washing” that is being inflicted on their children. Many complain that the kid that went off to school is not the same kid who returned to the house at the end of the semester. Further, many students who are conservative are being intimidated by ultra-liberal professors to not challenge their ideas at the risk of damaging their grades.

So, as I sat there on the train I could not help but wonder if I was on the right track to urge my son and daughter-in-law to get ready to send my little buddy to college.

I couldn’t believe I was having such incredible thoughts. I began to feel guilty. Then I got angry. If I love my grandson, as most grandparents do, I will have to fight to get this situation corrected. Even though we live in a world where whatever you say may provoke some, our grandchildren and the future of this nation, demand it. At least that’s what I think.