HomePublisher SpeaksWhat Happened to Civil Discourse or the Practice of Debate? 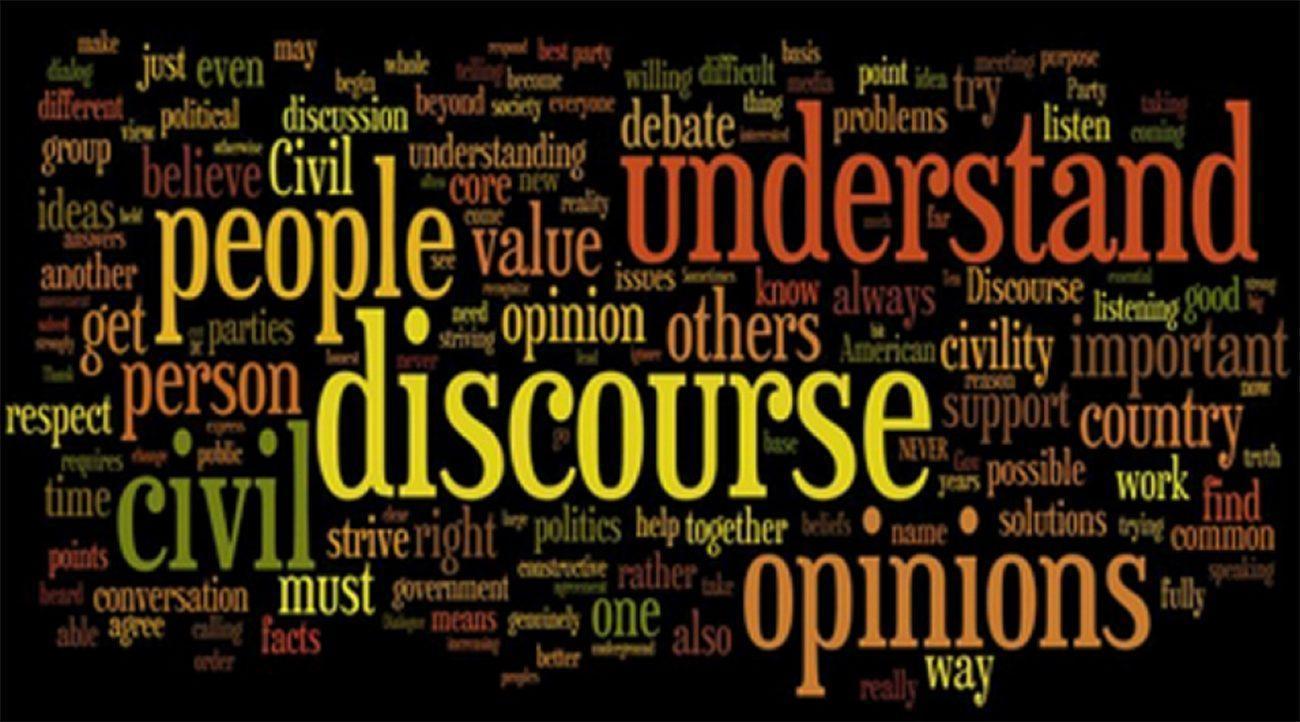 I have a serious problem. My wife is demanding I “turn in” my article for this edition of the Suburbanite and I am stumped. While I have enough ideas to fill a book, yet along one article, my piece of paper remains blank. There is such anger, unbelievable anger, intolerance and hostility in the Land that I am reluctant to write about any issue.

I am afraid to push the “up” button in the elevator if there are other people in the car. The “downers” might assault me. I am wary of using my right turn signal on York Road because someone who is turning left might suffer “driver’s rage.”  I am reluctant to offer my seat to a pregnant woman because some might view this as a provocative action. I am even fearful of telling a female, other than my wife, that she looks nice. Telling someone to have a “nice day” might be misconstrued for “day only” with a rotten evening to follow. Let’s face it, it’s getting to be a tough world out there.

Last month I wrote that while being ill I spotted a commercial asking for help for the tragically ill and suffering children at St. Jude’s Hospital. I urged our readers to contribute (first time ever) to what I see as a very worthy cause.  After we went to print I discovered that President Trump’s son’s charity had helped raise in excess of sixteen million dollars to the hospital last year. Our trusty little editor, my boss lady and wife, was concerned about mentioning this in the magazine because the very name “Trump” is, to some, like a red flag being waved in front of a bull.

I dismissed her reaction as “nonsense” until I learned that people attending a ball honoring Medal of Honor recipients were attacked and beaten in Washington D.C. I also have learned that Harley Davidson had cancelled a visit by the President to their factory because of a real threat of serious protests and violence.

Students at UC Berkley prevented Breitbart Senior Editor, Milo Yiannopoulos, from appearing and almost burned down a building on campus. Linda and I have relatives who no longer have dinner together because they can’t stop arguing about politics. And someone, very close to us, refused to come to our home during the Friday’s Inauguration unless we promised not to have the TV on.

Civil discourse has been dropped by the wayside. Polite debate is gone and  most Americans, regardless their political persuasion, have had their fill. If my mother were still alive she would have chased foul-mouthed Madonna around the Great March in D.C. with a bar of soap. It wasn’t just what she said, but perhaps more so her use of a multitude of four letter words.

Anyway, now that I have shared my ongoing frustration, I want to share some information that, I believe, is non-political, but definitely has a place in someone’s agenda for review and correction. You decide for yourself what you think.

I just finished a very interesting article published by Judicial Watch where they printed information that the Court ordered to be released by the Government. It concerned the Federally funded Food Stamp program charged with helping feed needy Americans. All agreed, both parties and the executive branch, that this wealthy nation should not allow any to go to bed hungry. The program has grown substantially and has expanded to where it costs 70 billion dollars a year and provides for over 46.5 million Americans.

The Federal Government also reimburses participating states some 3.6 billion dollars-plus a year  just to administer the program.  The boys and girls in Washington admit that while they know the numbers, they have no system in place to make sure everything is “cricket.” Nobody really knows where the money is going.

California leads in spending over 825 million dollars to give slightly over 2 million residents food stamps. (There’s a record 46 million people on the program nationally.)

The state of California spends $34.06 a month to administer each of its 2 million food stamp cases and Ohio spends just $9.55 per case. What is very interesting is that San Francisco spends $73.00 per case, while New York City has a cost of $23.00. Hamilton County in Ohio gets the same job done for a mere $5.70. Clearly these wide discrepancies in costs suggest something is possibly amiss.

Obviously there are problems with the program. But solutions have been hard to come by. Many question whether the program is being abused. They argue that if one in seven Americans requires assistance perhaps we need a new program. They are certain the current program has hundreds of thousands of fraudulent recipients. Others insist that many of the people are selling these stamps to crooks who pay about twenty five cents on the dollar and then use the money to purchases drugs, firearms and other forms of contrabands. SNAP benefits, food stamps, are even being sold on Facebook, Twitter, Craigslist and eBay. The U.S. government has also admitted that it has been giving illegal immigrants stamps and SNAP cards for years. Indeed there are problems.

As an experiment I sat down with six guys and a gal that I am friendly with. I discussed the above information with all and let them read the January 2017 edition of The Verdict published by Judicial Watch. Then I asked for their opinions.

The people I knew to be liberal refused to believe the information claiming it was false or distorted. They attributed it to the conservatives… aka the rich … attempting to eliminate an excellent program. Further they felt that the people in need were not getting enough to live on and refused to question whether the number of people signed up was legitimate. Several wanted to expand the program further. They also all agreed that there was nothing wrong with the costs of administration and felt the huge differences were attributable to the cost of living in various areas. Selfish people were unwilling to do the decent thing for their down and out neighbors. They saw nothing of real importance wrong and seethed at the Conservatives for nit-picking and faulting the whole idea.

My  friends who are conservative saw the entire program as a huge failure. They viewed it as another  bribe to enslave the poor and believed the number of people who were on the program as a fraudulent disgrace. They believed just about all were lazy losers who would find work if Uncle Sam didn’t take care of them. They hated ALL entitlements and had little sympathy for those who were on the program. They cited the change of the name to prove that the program was terrible and the name change was just one more trick of government to cover up.

The worst part of the entire discussion was that neither side could see any benefit or justification for the other’s views. There was no middle ground, no tolerance, no willingness to listen, no understanding. In fact, it ended up with some very heated discussion and ruffled feathers.

I was smart. I stayed out of it. I just listened, which I can say is more than some of the people I talked to did. Whatever happened to Civil Discourse and Polite Debate? It’s worrisome. I fear the next year is going to really get ugly. As my father said in difficult times, “Shut your mouth and open your ears.” Perhaps its time has come! 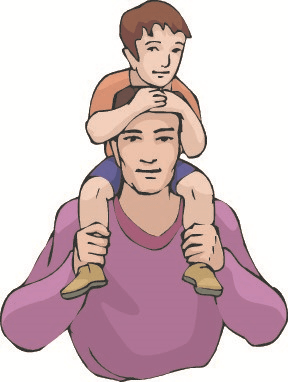 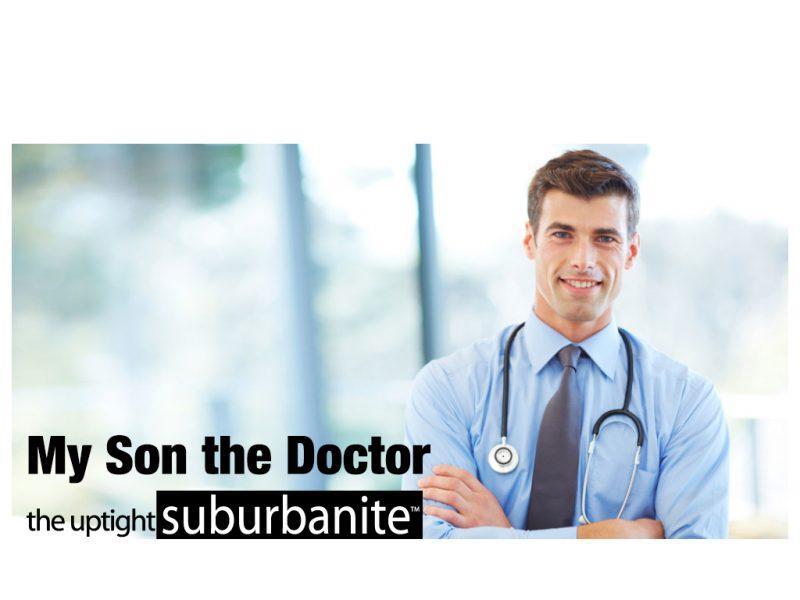