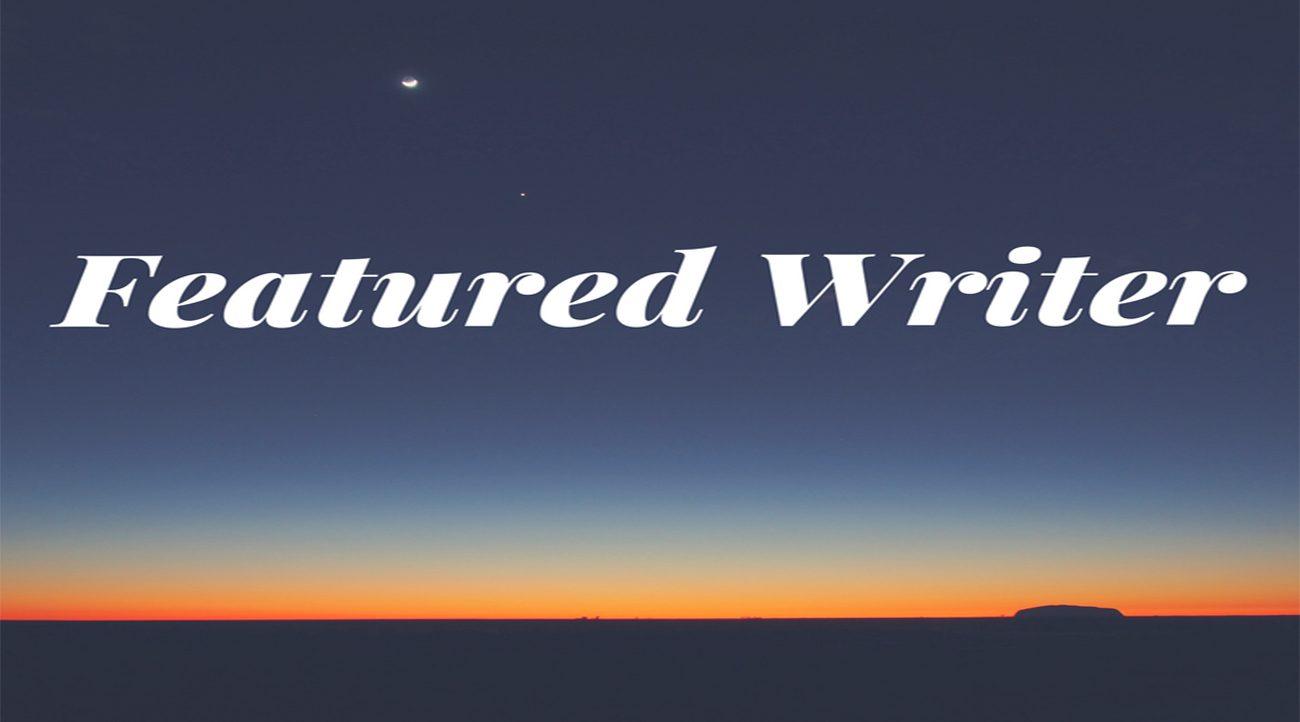 I have a confession. While growing up I never saw eye to eye with my father. If I wanted to go South to Baltimore he wanted to go North to New York. If I was voting the Democratic slate he was sure to be voting the Republican slate. Even on an elevator we would end up pressing the up and down buttons at the same time. If I wanted Chinese food he was probably thinking pizza. If I liked Fords he loved Buicks. The list was endless.

But as much as we disagreed I always respected and honored him. I rarely gave him a hard time and never did anything really off the rails. I was basically a good kid. I stayed out of trouble … most of the time. I did well in school and worked hard in my dad’s store from the time I was about eleven years old.

I guess the real problem was the store. It was business “uber alles.” Once, during a twenty-inch snowstorm he managed to get his car out of a snowbank and drive to the store. The fact that not one customer appeared during the blizzard never troubled him, he was open for business. He taught me to drive a truck when I was thirteen so I could make deliveries. I had to get married on a Sunday because he refused to close the store early on a Saturday. I once received a call during a California vacation to head home early because business had gotten very strong.

Obviously, I was very resentful. While I didn’t really understand how it troubled me until later in life, it really pissed me off. I was lucky, my Mom was always there to run interference and play referee. Had she not been there things would have been far worse.

Many years went by. I graduated college, moved out of the house, got married and had children. I was teaching and doing many other things to make a buck for my growing family. Things went well and I ended up taking a property in Atlantic City. I enjoyed it immensely and looked forward to the weekends we spent there.

One of the things I enjoyed most was the long solitary walks I would take on the boardwalk when my entire little family was sleeping. I particularly enjoyed sitting in a nearby pavilion and watching the glistening shine of the moon on the water. It was just perfect. Beautiful. Peaceful and calming. I loved it!

I am not sure why but one night I began to think about my Dad. And it suddenly hit me like a bombshell. Maybe he wasn’t as “store driven” as I had thought. In fact, he had so many issues to deal with that he may have been forced to become the provider, provider, provider.

He had come to America when he was only eleven years old. His dad, my grandfather who I am named for, never earned more than a meager living. My dad was forced at a very early age to help support his dad, mother and his two sisters. When he got married to my Mom he ended up supporting her parents and her sister. The financial burden he shouldered at such a young age was incredible.

And it didn’t end there. My mother’s sister, my all-time favorite human being, also married a great guy who never earned enough money to support her and their two children. On more than one occasion I remember her, ala Tevya in Fiddler, looking to the heavens and asking the Lord above why she had been “gifted” with the one Jewish man who couldn’t earn a living. In fact, during the Depression the family was forced to move in with my parents in their small row house on “C” Street in Feltonville.

I sat on the wooden bench and reflected. My dad really had an enormous burden. He not only supported all of these horse and pony shows, he helped two of his nephews become doctors while the third became a religious leader in the Orthodox Community while a professor at Drexel. The two remaining boys became dentists and his niece married a dentist. My mother’s nephew ended up as the number eight or nine man at Los Alamos and her niece joined the army and was one of the first to be wounded at Pearl Harbor.

As I sat there reflecting I began to feel very guilty. It bothered me terribly. He never once complained. He never acknowledged the load, the nonstop pressure and the other obligations he assumed. When World War II was over he ended up helping distant members of both families that had survived the Holocaust and made it to America.

I knew that I had to do what I could to get him to understand how much I had come to realize and appreciate the man he was. I felt compelled to make things right. As my place of business was near their home I began to stop in when time permitted. On occasion I would take him out to lunch at the Franklin Diner on Whitaker Avenue. He loved it and always looked forward to the time together. I even began to call more often, although never frequently enough to please either of my parents.
I learned how much he loved America. While he had been too old to serve during World War II he had been an air raid warden and had volunteered our basement and garage as emergency hospitals with all types of bedding and supplies in the event we were bombed. Our front lawn became a supply depot for axes and shovels and other supplies that would be required to dig people out of bombed out structures. Wherever he went he picked up hitch hiking soldiers, and he and my mother would go to the Philadelphia Northeast Airport with snacks for the airmen who were landing their military aircraft for refueling before the overseas flight to Europe.

One afternoon I dropped him off in front of the diner and then parked the car in the side lot. When I got to the entrance to the diner I was confronted with a mob scene that resembled a riot. It was during the Viet Nam War and three young men standing there were burning two American flags. Chaos is an inadequate word to describe the scene. At least eight or nine workers who were there for lunch were attempting to rearrange the facial structure of the three protesters.

What I later learned was that the entire situation was caused by none other than my Dad. As he was about to climb the three steps to the restaurant he saw them torch the flags. My dad, all ninety-two years of him, turned instantly and began whacking them with his cane. Two employees of Peters Air Conditioning spotted what was going on and did not realize that it was my father who had initiated the “discussion.” They came to his immediate assistance as did four men who worked for the gas company. Others piled out. Fortunately, there was a police car in the adjacent gas station with three men in blue. Their speedy intervention prevented real damage.

Dad was an instant hero. The diners, and I mean all of them, rushed to congratulate him and make sure he was all right. Our waitress kissed him and the owner of the diner, an Armenian who had migrated from Turkey, joined us at our table. I just sat there stunned. My father rarely raised his voice and I never remember his raising his hand to anyone, ever. To think, at ninety-plus he was now “floating like a butterfly and stinging like a bee” was astounding.

The next hour spent at that table was probably some of the most enlightening moments I can ever remember. My dad and the owner spent over an hour talking about the old countries and how thrilled, and appreciative they were to be in America! They both had their horror stories to share. I learned things I had never heard before. In truth my Dad never spoke of his “pre-America” days.
It was fascinating. In fact, for the next three weeks I listened in awe as the two of them described their time in the “old country.” Both had been the victims of horrible bigotry and persecution. My dad spoke of the Bolsheviks and the owner of the diner spoke of the Turks. Both described the sudden attacks, the burning of their villages and the attacks on the men and women who lived in their segregated communities. Both remembered the stealing of children by their attackers. And both remembered how they risked all to flee the persecution and came to America.

I wanted to hear more. It was fascinating. My father had never shared his days in Russia before. I never knew his family there was so poor that their home had no floor … hence the term dirt poor. I never knew that he was not able to go to school with the Russian children. Nor did I know that his parents were not allowed to own property or businesses. I learned that medical conditions were so bad that six of his mother’s children either died at childbirth or shortly after at very early ages.

I wanted to hear so much more. Sad to say, he had a heart attack four weeks later and died. The last real conversation we had before he passed away involved how thrilled he was when he came to America and learned that he could go to school with everyone, live where he wanted and own his own business. He wasn’t blind to the anti-Semitism that still existed on this side of the Atlantic but he understood clearly that the nation wasn’t anti-Semitic.

He would have told the protesters that while some of their complaints were legitimate this is a wonderful country with opportunity for all and a commitment to correct all that is wrong. He would mention how a Greek became Vice President, a Catholic and an Afro-American had become Presidents, how Afro Americans, Latinos, Asians and Jews have become members of the House, the Senate and the Supreme Court. I’m sure he would mention all of the minorities who have become governors and mayors as well as police chiefs and leaders of fire departments. He would list the men and women on the Supreme Court from minority backgrounds and varied sexual persuasions. He would cite Joe Lieberman, Mayor Rudi Giuliani, General Powell and a lengthy list of other minorities who reached such stature in America.

I am certain he would explain that the flag is a symbol of all that could be achieved as well as a reminder of the fact that it stands for not tolerating what is wrong in this glorious land. He would applaud their concerns and state that this was the wrong venue to address their issues.

He would. Yes, he would… You know what? I have more in common with my Dad than I realized.