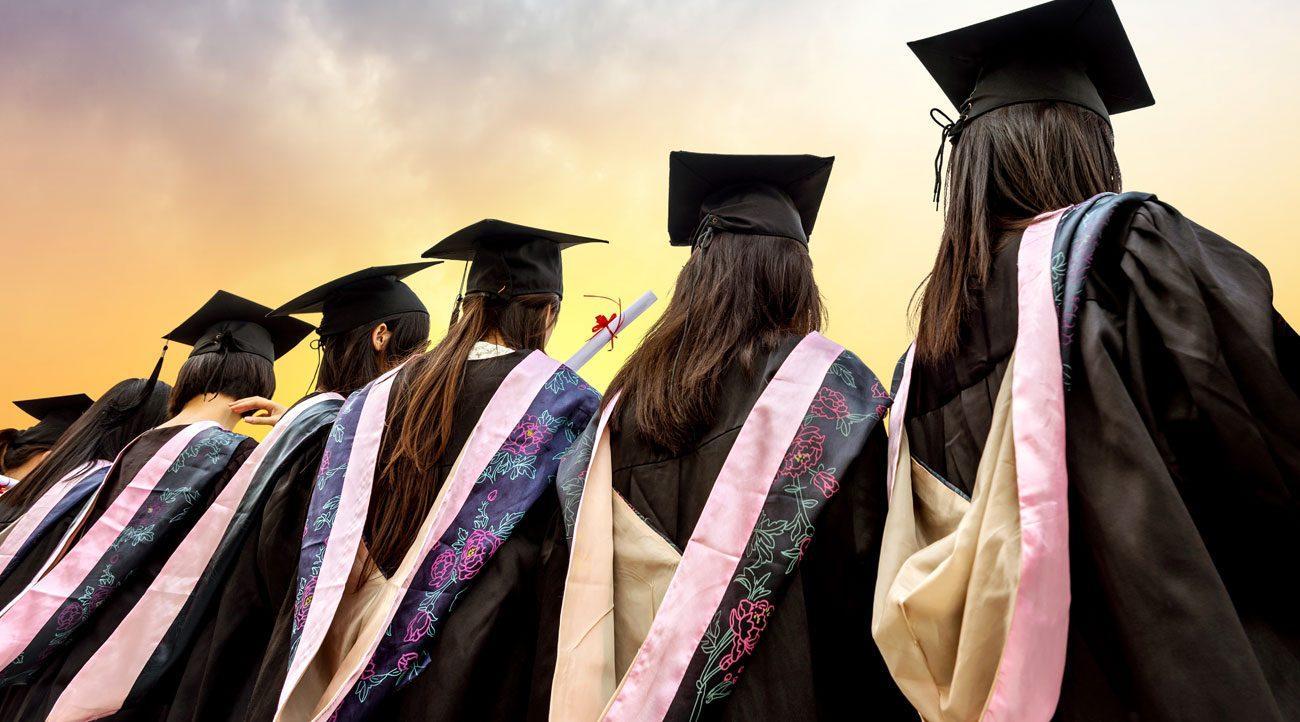 I was invited to a high school graduation this year, and getting the invitation brought back memories of my own graduation — which was so long ago that many of the parents of the class of 2016 had not even been born.

I don’t remember who gave the commencement address when I graduated from high school. I’m sure the speaker mentioned something about it being a new beginning — that’s why they call it a commencement — and I bet he said something about values and ethical responsibility while in pursuit of the American Dream.

The last high school graduation I attended was a year ago. There is no way I can compare that graduation to my own orderly, sedate ceremony. Last year I was struck by the lack of respect the graduates showed for anyone who had the misfortune to stand on the podium and try to give an address — including their classmates. While waiting for their names to be called, the graduates punched at beach balls or blew up and released balloons, unless they were busy texting.

Friends and family members in the audience hooted, hollered, beat drums, tooted horns, danced, and waved banners as if their graduate has just been named Time’s “Person of the Year.”

Dear Class of 2016,
Get over yourselves. You haven’t accomplished anything, unless your relatives in the stands are partying because they never expected you to make it this far. Today, you are one of the Campbell soup cans in Andy Warhol’s 1962 painting. Warhol was trying to show the repetition and uniformity in our society — a phenomenon that is probably truer in high school than anywhere else. If you think having the right hall pass is restrictive, wait until you run into the tyranny of a time clock.

This is not to say that some of you haven’t distinguished yourselves. Congratulations to those who have. You deserve whatever recognition you’ve received. The rest of you — well, you may not be the best and the brightest, but you can be, if you start to recognize that the world is bigger than the screen on your cell phone.

Recognize that there is evil in the world. There is good, too. More importantly, there is good in you. You have to dig deep within yourself to find it. Aleksander Solzhenitsyn said, “the line separating good and evil passes not through states, nor between classes, nor between political parties either — but right through every human heart.” Read books. That’s where you’ll find all the great quotes like the one from Solzhenitsyn.

Be prepared to face deceit, compromise, and cowardliness, not only in others, but also in yourself. Be kind to others before you take care of yourself. Make whomever you are with feel as if they matter. Sometimes it takes a long time to learn that.

Be prepared to be disappointed by people, and be prepared to be a disappointment to others. Plato, the philosopher, not Mickey’s dog, said that, “In everyone’s life, no matter how good their intent, there are people they made suffer.”

Congratulations Class of 2016. May all your dreams come true.