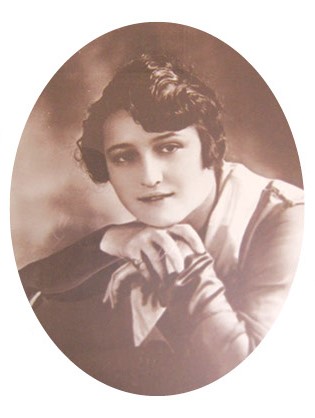 My mother died when she was eighty-eight years old. She was quite a woman. She was very bright and way ahead of her times.

She embraced “feminism and liberated viewpoints” long before they were in vogue. Mom was a “flapper,” smoked in public and was not afraid to voice her opinions. She was one of the first women to drive a car and probably one of the first to ever get a speeding ticket! She even learned to drive an eighteen wheeler. She ran several businesses, was very active in politics and social activities, and had had her share of “fun times.” She was a caring and compassionate woman, a dedicated daughter, an excellent mother, a good wife (according to my dad) and very active in philanthropic causes and community activities.

If my mother taught us (my brother Frank and I) anything in life, it was compassion. She taught us how to feel for other human beings, to share their joys and their pains. Most of all, my mother taught us “tzduka” ­ – the ability to be charitable to our fellow human beings. Even beggars and bums (now known as street people) who came to our door were treated with dignity and compassion. No matter what state our finances, nobody ever walked away empty handed.

Mother always had something in her “pishka” (little box of money kept for the poor). I can still hear her till this very day, telling me and my brother to be thankful that “the Lord had placed us on this side of the door… instead of outside on the other side.”

On the other hand, when occasion called for it, my mother could be unbelievably tough… tough as nails and fearless. On one occasion she cut down a neighbor who had committed suicide upon learning that her only son had been killed on D-Day in Normandy. On still another occasion she pulled a small child from under the wheels of an on rushing vehicle and had on still another occasion, prevented a youngster from choking on food. During World War II she defied a neighborhood boycott of two stores owned by German Americans.

She never showed a drop of emotion during stressful situations and only became “a nervous wreck” long afterwards. No matter what the situation, she stayed cool, calm, and very, very competent. She never, but never, and I mean never backed away from a confrontation.

I must confess that I always felt badly for my Dad when “discussions” would arise. He was a gentle man, an idealist and a dreamer. He was a good father, good provider, and, believe it or not, a super patriot. He had come from Russia at the turn of the century and really appreciated this nation like no man I had ever met. Till the day he died, he would take his hat off when he saw the flag or heard the national anthem. He believed every American should pay ALL of their taxes and was prepared, to his very last day on earth, to do battle with any person who dared to burn the AMERICAN FLAG in his presence. Believe me, this man LOVED America.

But when it came to Mom, he was never her match.
I don’t think he ever made it through round one of any “discussion.” Don’t misunderstand me, we never had any violence in the home, and they were married for sixty years. In fact, they died within three weeks of one another. But Dad was honest enough to know that Mom took no prisoners and therefore seldomly went to war with her unless it was really important.

Prior to her death Mom was very ill. For weeks she lay in the hospital slipping in and out of a coma. But tough as she was, courageous as she was, the battle she fought was one she was destined to lose. What bothered me most was the lack of attention and sympathy she received from the “candy stripers,” nurses in training and a variety of other hospital personnel. I was also disturbed to see the way the doctors, the RN’s and the rest of the staff treated her. She was a wrinkled up old lady with a weak heart and a rather “combative attitude” who these young people could neither identify nor sympathize with. She was just “the old lady in room 402.”

Every morning and every evening when I went to the hospital I tried to get the staff and the young people to know who she was. I wanted them to allow this woman, my mother, the respect and dignity she had earned during her years on earth. I wanted her remaining few days to be as decent as possible. But hard and as often as I tried, I failed. They could never get past “the old lady in room 402” mentality and picture her as Bess, the young person… a fighter, a flapper and one time child.

Suddenly, one night while sound asleep, an idea hit me like a bombshell. I literally leaped from bed, threw on some clothing, rushed for the attic and tore apart my old photo albums. I found what I wanted. Next I went into the kitchen and flipped through the yellow pages until I found the name of a certain firm I sought. When I heard the ABC anchor team say “Good Morning America” I got into the car, jumped on I-95, battled the rush hour traffic and headed into town.

I got to this particular shop long before it was even open. I impatiently waited for the owner of the shop and barely gave him time to unlock the door before leaping. I explained, in an almost possessed manner, that I was desperate for him to enlarge a little photograph into a HUGE picture immediately. My request was outrageous and a brief argument ensued. He screamed that I was a “disruptive nut” who was interfering with his business. Finally after this author proved his ability to trade insults and threats, a deal was hammered out.

He would do the work in an hour and a half if I would get the “hell out of his sight” for an equal amount of time. Ten blocks, one small restaurant, five cups of coffee and the purchase of both the Philadelphia Inquirer and the New York Times later, the one and a half hours passed and I rushed back, got my package and headed for a framer. More “heartburn,” more questioning of my sanity, more threats and counter threats, until another deal, another agreement and another hour wait. Finally, the finished product was done.

I paid the relieved owner, bolted out the door, ran to the parking lot and LISTENED to the attendant bring what was left of my car to the delivery area. I jumped into the car, slammed it into gear and planted the pedal to the floorboards. Less than an hour later I reached my destination, a hospital some sixty miles away in Somers Point, New Jersey. I parked the car and rushed through the hospital until I reached my Mother’s room.

Before I even said hello or asked how she was feeling, I climbed onto the nightstand, removed the painting over her bed and replaced it with the product I had so desperately battled to get done. I was relieved. I had accomplished my mission. I could now rest. Above my Mother’s bed, now hung the object of my semi-sane behavior: A HUGE FRAMED PICTURE OF MY MOTHER TAKEN AT HER SWEET SIXTEEN.

I cannot tell you how quickly the attention paid my mother improved. For the next, and last six days of her life, she became the talk of the floor. Every nurse, every doctor, every assistant, every “candy striper”… all stopped in daily, to see her, to help her, to encourage her and most, most important, to get to know her, to find out about her earlier days and what it was like to have had a sweet sixteen over seventy-some years ago in America. What was most wonderful, was that they all learned that inside that broken down and ailing body, was an incredible mind with a phenomenal spirit and indescribable drive with determination.

Moral of the story? First, have your loved one prepare a huge picture of you when you are still young. When you are old and worn down, when you may be fighting the last battle of your life and need allies, have them hang your picture above your bed.

Secondly, and far more important, keep a photo of your mom, or any loved one, nearby. Every time you begin to lose patience with someone older, the one’s with walkers or hearing aids or bad feet, take a quick glance at the picture. You’ll remember they’re human, just like you. You might end up being more caring, more sympathetic. And you’ll feel good. Really.

Everybody still likes nice… people still appreciate kindness to the elderly. Remember, they are somebody’s parents, somebody’s mom or dad. Plus, you’ll make my Mom really happy. Even in her absence she will still be a fighter, a tilter of windmills and the crusader for another worthy cause…the elderly.

As always, your thoughts and comments and experiences are welcomed. Happy Mother’s Day to you all!