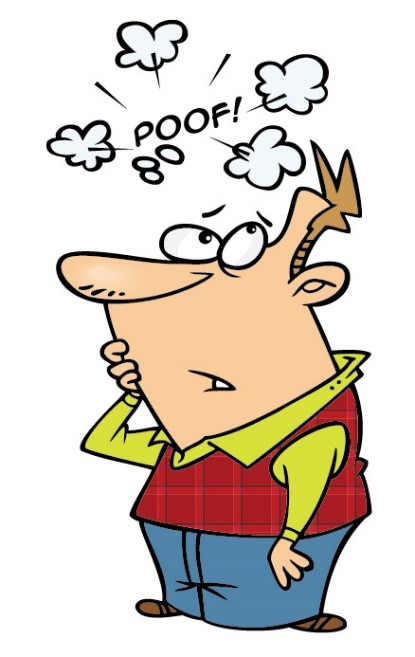 Several weeks ago, I spotted an ad in the Wall Street Journal that offered eighteen bottles of wine from around the world for less than seventy bucks in total. Sign me up! (I can’t resist a bargain.) Even though I’m a teetotaler, I had to order these bargain-priced “liquid goodies.” I figured I now would have enough wine to last for a century of Friday night ceremonial dinners.

When the package arrived my wife, the “lush,” informed me that all eighteen bottles were red. I hadn’t read the ad as carefully as I should have. I goofed. So for a mere seventy bucks I ordered another group of white “liquid goodies”. The Herman’s, who don’t drink, now have some thirty-six bottles of wine for future use. Our foyer resembles a State Store.

I mention this because shortly after the wines arrived I was hospitalized. (No connection.) I will not cite the name of the Marquis De Sade-like institution, but it was a nightmare. The emergency room was top notch, the rest of my stay not so. (Years ago, my mother said that if I couldn’t say something nice, say nothing.) I received no food for thirty hours, waited over eleven hours for an MRI and laid on a dolley in a hallway for over an hour before I was transported back to my cell, excuse me, lilliputian room. I think I heard someone screaming thanks to the Lord upon his release.

Upon my return to our home I spent four days recuperating. Many people came to visit. Our State Store foyer shocked many, few mentioned the collection, but the stares and silence were deafening. As much as I tried to explain, my credibility took a real hit.

I did have plenty of time for newspapers, TV and the Internet. Anything to avoid the boredom. Allow me to say that I quickly realized, after a very short observation period, that the world is nuts.

One of the first items I came across was a report about a woman who is suing Frontier Airlines. She was most upset when they refused to accept her pet squirrel as an emotional support animal. What intrigues me most was how she ever found a lawyer to represent her and the squirrel.
Not to be outdone, I spotted a story about another woman who is suing Samsung. Let me preface my comments on this subject with a reminder that this is a family publication. It appears that the woman in question placed her cell phone in the “silence/vibrate” mode while in a crowded location. When she arrived home, she had a most original idea. She inserted the phone in her most private of parts (remember this is a family publication) and called her cell phone from the house phone. Do you remember the song, “Good Vibrations”?

I will not continue this imaginative subject other than to inform our readers that she had difficulty removing the device after her two-hour experiment. Ultimately, she had to go to the hospital for assistance. She is now suing Samsung. I wonder if the lawyer representing the squirrel is also representing her? I also wonder how the hospital staff kept straight faces?

I also learned that Elizabeth Warren, according to a DNA test, proved that she had about slightly less than one hundred of one percent, or so, Native American blood. I can’t remember what tribe was involved but I was impressed. Many Native Americans were not.

Believe it or not, one of my great grandparents spent a good deal of time three centuries ago in what is now Transylvania. Perhaps I am a distant relative of Count Dracula? Please don’t laugh. I have noticed that some of my relatives, on my father’s side, have extremely long eye teeth. I’ve decided that from now on, I’m only going to wear turtlenecks to family reunions!

Linda, fearing for my sanity … and hers … finally got me out of the house. I love IHOP (or whatever their name is this week) pancakes with strawberries. After a really delightful meal we headed over to our new ALDI supermarket. We were running low on certain essentials and it was the perfect diversion. We ended my boredom and restocked our shelves.

When we arrived at the store I discovered, I kid you not, that I had to leave a twenty-five-cent deposit for the shopping cart. I didn’t have the appropriate change and could not find a place for a charge card. So I entered the megaplex and found a cashier who broke a ten dollar bill for me. She was very polite and quite informative.
She explained that the firm had determined that the twenty-five cent deposit had served as a deterrent and stopped people from stealing the carts. I must admit that I spent the entire time we were in the market wondering who could be stopped from this type of theft for a quarter? I kept looking at our fellow shoppers trying to spot these frugal thieves.

When we got to the checkout counter I discovered that we had to buy bags for our purchases. When I jokingly asked the young girl at the register when they were going to install meters in the parking lot she said she would have to ask the manager. I still wonder whether they had pay toilets in this establishment. I’m not going back to find out.

Back home I spent a great deal of time arguing with Xfinity. I switched over during my recovery. It sounded like a great deal, far better than the Verizon package I had since Colombus discovered America. It is not! The picture is far better, the controller is much better and I can talk to my set, but the firm blind sides you with all kinds of extra charges.

Let me close with a brief mention of our landline. I had it disconnected while I was home. We were receiving at least ten or twelve unwanted and unsolicited phone calls from telemarkers every day. I was under the impression that putting your number on the Do Not Call List would prevent these annoyances. Wrong! It gets worse and worse every day. As a result I have changed my mind about the death penalty. I think it should be used for these people and the people who program these insidious devices. While I am on the subject, I wouldn’t mind zapping the people in charitable organizations who sell your name to other charitable groups when you make a donation.

Oh well, time for a nap. That’s it for this month. Have a wonderful Thanksgiving. Enjoy, enjoy enjoy.

I’ll Walk You Down The Aisle On...