HomeFeatured WritersBeauty Is Only Skin Deep

Beauty Is Only Skin Deep 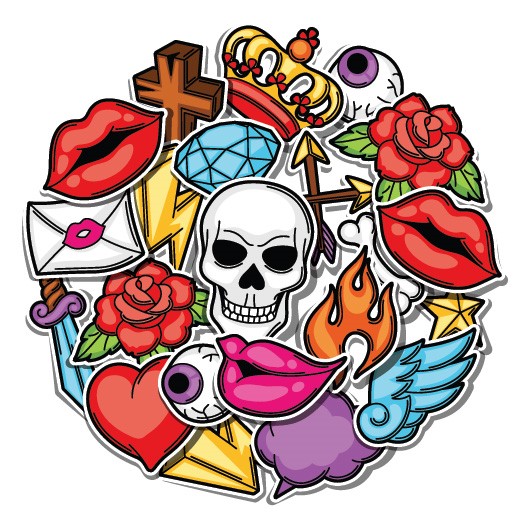 Beauty Is Only Skin Deep

Beauty Is Only Skin Deep
By Rick Kiernan

Tattoos are not what they used to be. So commonplace now, both young and old are sporting
this artistic jewelry. Coming soon to Philadelphia, is the 21st Philadelphia Tattoo Arts Convention at the Pennsylvania Convention Center. To mark this gathering, Rick Kiernan offers us a quick commentary on the whys and wherefores of this inky phenomena.

What has caused the tremendous rise in the number of men and women who are getting Tattoos?

Years ago, most Tattoos were worn by men who had served overseas in the Navy and proudly displayed an “Anchor” on their muscular biceps and perhaps, an Army Paratrooper with “Wings” and an Eagle.

Today, however, men and women alike wear numerous tattoos with themes and colors depicting Romance, Courage, Strength and mottos proclaiming their Love…sometimes in very provocative phrases and located in very private areas of their anatomy.

What is the motive for this ever-increasing social trend?

Perhaps, the idea of a “walking Billboard” was conceived in the 1970s when white Tee Shirts were replaced with Nike Logos and Athletic mottos. This was quickly followed by “Baseball Caps depicting a Commercial Signature and Sponsors.

More recently, even the traditional Paper Billboards on roadsides have been replaced by Digital Signage with ever-changing scenes and discounted products. Commercial Marketing is now available to anyone with an inclination to “sell the service” and “push the product.”

There is also the reinforcement on less than subtle personal and psychological levels. Consider the following and the resulting impact, literally everywhere you “look.”

1. The “Fear of Being Left Out” (FOBLO) principle may apply as the contemporary population looks around and wants to “blend in”. That rationale slowly becomes “can you top this?” and the “ink spills over” very quickly into a very lucrative business for the Tattoo Parlor Designers. The average single “Tat” goes for about $100 while a larger, multi-colored “Calf-covering” scene for the lower Leg will run about $500.

2. As a “visual” medium, a tattoo is simply another way of communicating to the on-looking viewer what can be said in a fewer than a 144-Character “Tweet” which is very popular via the abbreviated Social Media vocabulary. These TWITTER Notes which are compactly packaged in such Phrases as: Oh My God—(OMG) and Laugh Out loud” (LOL). Both would seem to support the “ink” principle of “Less is Best” when it comes to Words—and Letters, as you “Pay by the Letter.”

3. The continuous Media attention on physical Appearance would also support the Visual Showcasing” of the latest “INK BLOT.” Some weight-conscious viewers seem to be outnumbered by the Skin Care, Body physique and Hair Color items that “lead” the Advertisement agenda.

4. While “imitation is the highest form of flattery, the showcasing of Celebrity performers who sing, dance and Model fashions while displaying attractive tattoos immediately links the Audience Followers and the entertainer.

While the current business opportunity lies within the Tattoo Design sector, many older Folks believe that the future opportunity may be for Tattoo removal using Medicare and Social Security monthly payments!