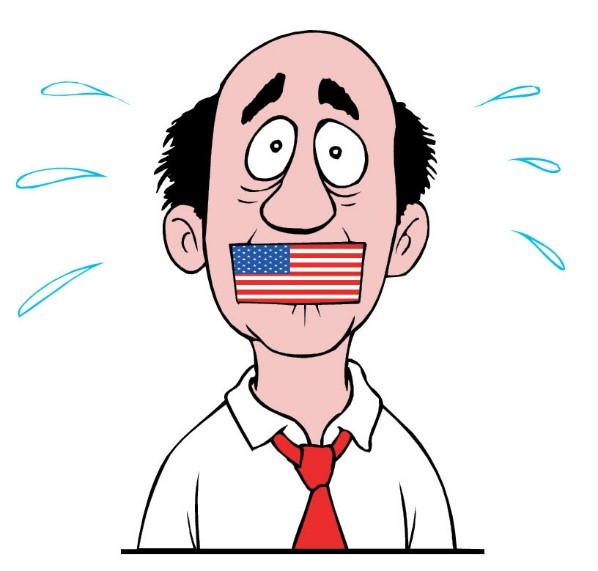 My Dad often warned me not to get between a fire plug and a dog. In fact, he cautioned me frequently. I guess I either didn’t listen or I have a poor memory and have decided to share my thoughts.

I am certain they will provoke many. To the Republicans I offend, I apologize. To the Democrats I infuriate, I also offer my sincerest apologies. If you are a liberal, a conservative, Tory, Whig, Green, Anarchist, Nihilist or any other political group or minority, I hope I don’t offend you. But someone has to scream “enough.”

I believe our democracy is being replaced with a consortium of “Minocracies.” Any form of disagreement or debate is life threatening. To disagree with their supposed “mainstream thoughts” is suicidal. What’s happening is reminiscent of Germany prior to World War II. No, we aren’t attacking Jews or Communists or Gypsies, but the tactics being employed against Conservatives and “Trumpeteers” are remarkably similar. Our most trusted documents, including the Constitution, are at risk.

We have always had political warfare, but this is different. I believe it’s far worse. It isn’t the Reds against the Blues, or the Liberals against the Conservatives. Nor is it a clash of political viewpoints. We are threatened by a group I call the “Management Team.” They are our elected officials, long term government employees and their media and entertainment allies, who have run this country for years. Many Americans, myself included, are not happy with this. And lots of Americans are, in growing numbers, using the voting booth to protest.

This has enraged the “Management Team.” They are angry and stunned. They’re angry that Trump and not Hillary is sitting in the Oval Office. They are furious with the American citizens who elected him. Their attacks started before our president even assumed office. They attacked people attending his rallies, assaulted them in the streets, forced the removal of conservative professors from college campuses and bullied people who were against Hillary in public places. Free speech and thought appear to be alien to their thought processes.

This “Management Team” is the group who encourages and makes heroes of people who scream obscenities at Hollywood award ceremonies, protests during Broadway shows, demonstrates at athletic events and takes every opportunity to berate the man, the office and anyone who is willing to give him a chance, yet alone support him. They offer encouragement and standing ovations for the malcontents.

This is the group who wanted to put a baker out of business for refusing to bake a wedding cake while cheering a woman who refused to serve the administration’s Secretary in her restaurant. This is the same group who condemned the police for their actions in a Philadelphia Starbucks but totally overlooked two Afro-American youths who urinated in the drinks served to policemen in a Tennessee-based Denny’s. They cheered when Roseanne was fired. And they were mum when comedian, Michelle Wolf offended decent people attending the recent White House correspondents dinner when she brazenly and verbally abused Sarah Huckabee Sanders. Even Peter Fonda got a pass when he urged the president’s son be subjected to pedophiles!!

This “Team” has its own agenda and, I think, much of it is out of sync with the desires of many Americans…. not just “Trumpeteers.” Many voted not FOR Trump as much as they did AGAINST what is happening in America today. Their issues are not necessarily immigration or racial relations or a rafter of other things they are hit with daily. The real issue is decency and fair play and the “American Way.” Republicans as well as Democrats should be appalled by what they, we, are witnessing.

Most Americans don’t cheer when someone wearing a “Make America Great” hat is attacked and jeered on the streets or denied service in a local restaurant. Most Americans, including those who dislike our president, don’t cheer when actor, Robert DiNiro screams **** Trump on public television during family hours. Most are upset when a surviving member of a small newspaper staff hears the president has offered condolences and then screams **** Trump. And many Americans wonder about the “Crying Rooms” popping up on our nation’s college campuses offering psychological counseling to students traumatized by the appearance of such knowledgeable and respected speakers like Alan Dershowitz and Condoleeza Rice.

I don’t care what your political affiliation, this “Management Team” and its followers, is not representative of the America most of us know and love… the one composed of all races and religions. I am an American with the same rights as Meryl Streep who offered her opinions during the Oscars. And like the football players who “take a knee” or the waitress in the Little Trolley Car on Germantown Avenue, I, too, am allowed to voice my opinion without fear. And you, too, can voice your disagreement…. I invite your disagreement. I invite your conversation, but I do not invite your verbal, psychological or physical abuse. It’s not nice, it’s not fair and it’s not appropriate. It’s not American.

It’s as though civility, at the expense of our national character, has gone out the door. Name calling, accusations – oftentimes without merit, vulgar and disrespectful language with its point being to shock and discredit… this is what is encouraged and considered, among the wrong people, as legitimate discourse. Fear of opinion should have no place in our America. It never has and if all good men and women stand firm, regardless on which side of the aisle they stand, it never will. And this is just my opinion. What’s yours?

We invite your comments. Let us share your thoughts with the community. P.S. And if you think I’m out of line, test my “opinion”…. Put a “Trump” bumper sticker on your car. See what happens. My hope is that nothing happens and that you will tell me there were no repercussions and you drove around without incident. But may I suggest that you make sure your life insurance is adequate, your auto coverage up-to-date and … please wear a crash helmet. I hope I’m proven wrong and freedom of opinion still prevails.